When China confirmed the outbreak of coronavirus, now officially named COVID-19, on 31 December 2019, most Nigerians had earnestly prayed that the viral disease would not find its way into the country and also hoped that the government would resolutely take all necessary measures to safeguard the nation and its citizens from the scourge.

This admixture of apprehension and hope was largely fuelled by memories of the harrowing experience the nation went through in 2014 when Ebola found its way into the country through a Liberian-American lawyer, Patrick Sawyer. The 40-year-old Sawyer, had arrived Nigeria aboard an aircraft from Liberia.

That an infected Sawyer was able to enter the country from Liberia, one of the nation’s worst affected by the Ebola epidemic at that time, was considered quite tactless and unacceptable by many Nigerians who had expected the government to have done much more to prevent the incursion of the disease into the country.

One of the lingering scars of that grave error was the loss of the distinguished Nigerian doctor, Stella Ameyo Adadevoh, who heroically oversaw Mr Sawyer’s treatment. There were seven other fatalities out of the 20 cases of Ebola infection linked to Mr Sawyer.  This was in addition to the seismic socio-economic disruptions witnessed in the country for the 92 days that the epidemic lasted, before the nation was eventually declared Ebola free on 20 October, 2014.

Sadly, to the disappointment and dismay of many Nigerians, on 28 February, the Minister of Health, Osagie Ehanire, confirmed that an Italian man who had arrived the country from Milan, Italy, three days earlier, had tested positive to COVID-19. Nigerian thus became the first country in sub-Saharan Africa to be hit by the disease, and with that began the trademark “fire-brigade” attempt to contain the spread of the infection in the country.

But if Nigerians had been chagrined by the fact that the authorities allowed a repeat of what happened with Ebola to happen with coronavirus, then they were in for a greater shock when it was discovered that, contrary to earlier claims and assurances by the government, the country was not fully prepared to combat an outbreak of the disease.

Indeed, as at 3 February, the federal government, had through the Nigeria Centre for Disease Control (NCDC), declared that it had not only put in place measures to ensure that COVID-19 was prevented from entering the country but had also set up mechanisms to swiftly contain any possible outbreak.

The authenticity of these claims began to crumble with the reports that the isolation centre in which the index case was quarantined was in a deplorable state, so much that the hapless Italian had threatened to flee the centre due to “excessive heat and mosquitoes”. Then came the ultimate blow, as the number of confirmed cases of the infection has so far grown from one to eight, as at the time of writing this.

READ
Much Ado Over Consultancy Cadre for Pharmacists

Even though the coronavirus disease has not spread in the country as many would have expected, given the poor state of our health facilities, it must be emphasised that our carelessness as a nation could have cost us dearly as many countries with better health systems and more resources are now in dire straits as a result of COVID-19. In fact, it is for this reason that many nations have been taking very drastic measures such as flight ban and visa cancellation to curtail the spread of the condition in their countries.

Curiously, while many of these nations around the world were prioritising the health and safety of their citizens, the Nigerian government, citing economic reasons, refused to place a travel ban on countries with active spread of the virus.

Not even the massive calls from different quarters, including the  Senate and the Nigerian Medical Association (NMA), for a total shutdown of the nation’s borders, could jolt the government to the health hazard it was inviting on the citizens. Indeed, the NMA had gone so far as to raise the alarm that, at least, 730 people from high-risk countries of coronavirus entered the country on a daily basis.

Yet the government remained adamant. It was not until the confirmed cases had escalated to eight before the government eventually announced, on 18 March, travel restrictions for travellers from 13 high-risk Covid-19 countries. It is indeed deplorable that the Nigerian government should be more interested in economic considerations when the health of the citizen was in serious jeopardy. The government need not be reminded that the citizens must be alive first before they can benefit from and contribute to the economy.

The outbreak of COVID-19 should equally be a wake-up call to the intrinsic nexus between drug availability  and national security. The nation’s pharmaceutical industry is bound to have a tough time providing the medicines needed by our huge population of over 200 million in the next couple of weeks, except the coronavirus is imminently curtailed. This is because India and China that we depend on for finished pharmaceutical products and Active Pharmaceutical Ingredients (APIs) and other inputs for local pharmaceutical manufacturing are no longer supplying to us as they battle to take care of their own citizens at this precarious time.

It is our view that the Nigerian nation must begin to look inward and act right on matters of healthcare. The government must know that prioritizing  the health of citizens at all times and also being better prepared to handle emergency public health challenges like the COVID-19 outbreak is fundamental to the survival of the nation. 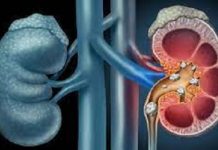 World Kidney Day: Towards a National Policy on Kidney Care