Nurses under the auspices of University Graduates of Nursing Science Association, UGONSA, have warmly extolled Governor Dave Umahi of Ebonyi State for establishing a virology centre in the State. The association said that such a gesture is worth more than a million “independence” gifts for Ebonyians, in particular, and the South-East zone in general.

It will be recalled that the Honourable Minister of Health, Prof. Isaac Adewole, on Monday 5th September 2016, commissioned the N350 million ultra-modern South-East virology centre, built by Ebonyi State Government in Abakaliki, with a pledge to partner with the State to ensure the centre was run effectively and efficiently.

The State Secretary of UGONSA chapter, Nur. Agbo Gabriel in his Independence Day statement issued in Abakaliki on Saturday, poured encomium on Governor Umahi, saying that celebrating the 21st birthday of the State with the first South-East virology centre is one of the finest gestures ever made to the people of the State and as such shall remain tall through history.

“Viral haemoragic fevers, especially Lassa fever, have been endemic in Ebonyi State and nobody had thought it wise that a virology centre be established in the state, or at least in any other part of South-East, if not for the responsive Governor.

”Many lives have been lost in the past to the herculean task of transporting patients and samples from the State to the then nearest virology centre in faraway, Irrua, Edo State. With this development, prompt live-saving diagnosis and treatment is now possible within. We can’t thank the governor enough, the nurses said. 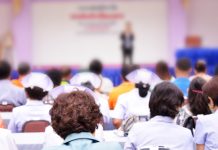 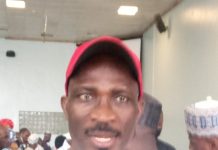