Intermittent fasting (IF) is currently one of the world’s most popular health and fitness trends. People are using it to lose weight, improve their health and simplify their lifestyles. Many studies show that it has powerful effects on your body and brain and may even help you live longer.

Common intermittent fasting methods involve daily 16-hour fasts or fasting for 24 hours, twice per week. Fasting has been a practice throughout human evolution. Ancient hunter-gatherers didn’t have supermarkets, refrigerators or food available year-round. Sometimes they couldn’t find anything to eat.

As a result, humans evolved to be able to function without food for extended periods of time. In fact, fasting from time to time is more natural than always eating 3–4 (or more) meals per day. Fasting is also often done for religious or spiritual reasons, including in Islam, Christianity, Judaism and Buddhism. 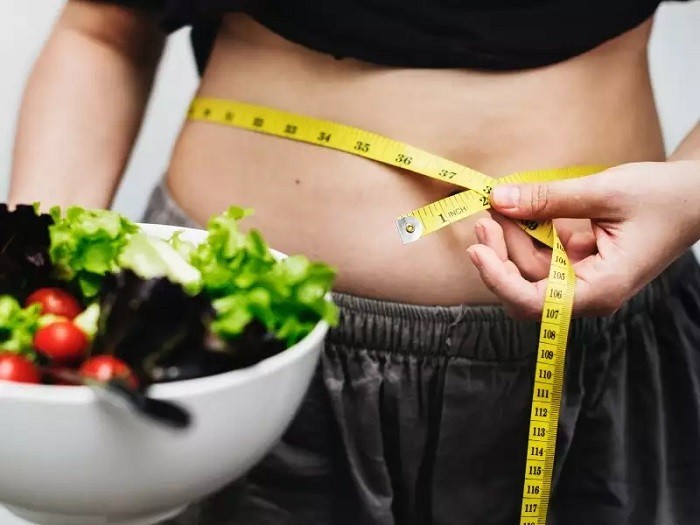 Studies suggest that intermittent fasting — typically, eating only during an eight-hour period or eating only every other day — could have many potential benefits, including improvements in glucose (blood sugar) and cholesterol levels, blood pressure and weight.

Done in a healthful way, intermittent fasting holds promise for controlling inflammation and lowering the risk of Type 2 diabetes, heart disease and even some cancers.

Intermittent fasting helps preserve the body’s normal interplay between the hormone insulin and blood glucose, preventing insulin resistance (when the body doesn’t respond properly to it). Metabolic switching also signals the body to activate maintenance and repair systems, which aid in disease prevention.

But intermittent fasting isn’t for everyone. “Going for long periods without food may be too extreme for some older adults, people with diabetes, and those who must take certain medications at designated hours, among others,” says Dorothy Sears, a professor of Nutrition at Arizona State University College of Health Solutions in Phoenix.

Fortunately, science points to similar benefits simply from timing meals to align with your body’s circadian rhythm, the internal 24-hour clock that drives metabolism, sleep-wake cycles, the immune system and other body systems. Even incorporating just a few of these tips can help you maintain a healthy metabolism.

“Try to eat within one to two hours of waking,” Sears says. This will prevent you from having a low fasting glucose level for too long, which some studies suggest may raise heart disease risk.

If you have to get up unusually early on occasion, however, it may be better for your blood sugar control to wait until your usual breakfast time to eat, says Andrew McHill, a research assistant professor at the Oregon Institute of Occupational Health Sciences in Portland. That’s because levels of the sleep hormone melatonin, which rise in the evening and fall in the morning, may still be elevated when you wake up earlier than normal. When melatonin is high, insulin, which is responsible for processing glucose, is reduced.

And breakfast foods, including fruit, eggs and whole grains such as oatmeal, can boost your intake of fiber or other nutrients, countering insulin resistance and improving glucose tolerance at your next meal. Research also suggests that a large high-protein breakfast — 30 grams of protein (such as a cup of cottage cheese) and 350 or more calories — may help control appetite and satiety, and support weight control.

Your body is most efficient at processing carbohydrates in the morning and early afternoon, Sears says. That means it’s better to eat foods that may cause glucose spikes earlier in the day.

But try to avoid having sugary foods on an empty stomach. Instead, eat them as part of a meal with protein and fat, which will blunt the treat’s impact on blood sugar. So if you have, say, a banana muffin at breakfast, eat it with a boiled egg.

Dial back your dinner hour

Research suggests that it is best to finish eating between 6 and 8 p.m. As bedtime approaches, melatonin increases and insulin output begins to drop. That means blood sugar climbs higher and circulates for longer because there isn’t enough insulin to clear it quickly. Research has linked late-evening eating to a greater risk of obesity, Type 2 diabetes and heart disease.

Slim down your supper

Most Americans consume almost 45 percent of their total daily calories at dinner and in an after-dinner snack. A healthier goal, Sears says, is 30 percent. That’s 600 calories for someone who usually eats 2,000 calories a day.

One way to downsize the dinners that you prepare is to make them the healthiest meal of the day. Try eating lots of vegetables, which are naturally low in calories, says Courtney M. Peterson, an assistant professor in the Department of Nutrition Sciences at the University of Alabama at Birmingham. That means you can eat a large portion so that you’re not hungry afterward and still consume fewer than 600 calories. The fiber from those foods will also help you feel fuller.

READ
NAPTIP Promises to Step Up Fight against Human Trafficking

And if you don’t overdo it on calories in the evening, Peterson says, you can afford to have a bigger breakfast and lunch, when your body is primed for food processing.

For all the reasons mentioned here, “our general rule is ‘no food after dinner,’ ” says Krista Varady, a professor of nutrition at the University of Illinois at Chicago. It’s probably the most important change you can make. “I think the lack of nighttime snacking is the main reason we see such great decreases in insulin resistance in time-restricted eating studies,” she says.

Whichever of these strategies you use, employ them consistently. irregular eating has been linked to a higher risk of metabolic syndrome (health conditions that can lead to heart disease and Type 2 diabetes). “The data suggests that maintenance of regular meal times will promote better heart health and metabolism,” Sears says.

Adults need at least seven hours of sleep a night for optimal health, according to the American Academy of Sleep Medicine and the Sleep Research Society. But most fall short, and that can influence eating habits and metabolism.