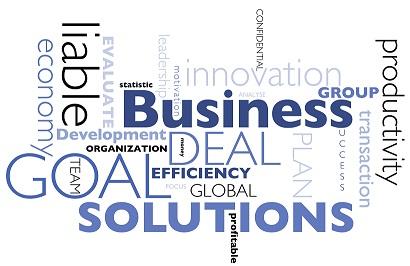 Earlier this year in April 2014, the Federal Government of Nigeria rejected the Economic Partnership Agreement (EPA) ­ between West African States and the European Union (EU). This decision, hailed by the Manufacturers Association of Nigeria, is estimated to have saved the country from losing N208 trillion ($1.3 trillion) revenue in one year alone, had the partnership materialised.

Economic Partnership Agreements (EPAs) are legally binding bilateral contracts between the EU and individual African countries. They are free trade agreements which the EU is negotiating with countries in Africa, the Caribbean and the Pacific. Once signed, EPAs warrant that, within a decade, about 80 per cent of the country’s market should open to European goods and services.

Essentially, the EPA represents the concept of trade liberalisation, a concept that has come to represent the current global economic pill of “reform” agendas that developing nations have been made to swallow. Nigeria got its first dose of the bitter pill with the Structural Adjustment Programme (SAP) of the 80s. Fortunately for us this time, the current Minister of Trade and Investment, Dr Olusegun Aganga, is of the same mind with some of us that a second “bailout” might just kill us completely.

Most industrialised nations – United Kingdom, USA, France, Germany, Japan etc. -developed on the principle of protectionism. Essentially, protectionism is the economic policy of restraining trade between states (countries) through methods such as tariffs on imported goods, restrictive quotas, and a variety of other government regulations designed to allow fair competition between imports and goods and services produced domestically. In summary, the goal of protectionism is to protect the domestic industry.

A strong central government is required to achieve such, with the duty to promote and protect the nation’s manufacturing industries. In America, for instance, the leaders established a healthy credit system by the creation of a national bank to facilitate the expansion of both public and private credit. Also, they instituted a subsidy regime for domestic industries, promoting internal developments and imposed tariffs or duties on foreign products. Similar protectionist interventions were undertaken in Japan to protect domestic economy from foreign competition.

Against this protectionist agenda is the concept of Free Trade and Trade Liberalisation. Free trade is a policy in international markets in which governments do not restrict imports or exports. Essentially, the EPA that Nigeria rejected was to achieve free trade which is founded on the principle of comparative advantage.

Comparative advantage, a product of David Ricardo’s original insights, stresses that nations need not produce everything which they have the capacity to produce, but rather those for whom they have the greater comparative advantage. Basically, Ricardo showed that even when one country (say country ‘A’) can produce each of two products at less cost than another country (country ‘B’); it will still be worthwhile for them to trade.

Ricardo’s conclusion is that, in the long run, both countries win and this assumption is the backbone of liberalisation policies – that the state, acting in its best interest should compete where it has the best comparative advantage. The belief is that market forces will lead to efficiency.

This theory assumes that all nations have similar competencies in knowledge base, infrastructure and stable political structures. This mindset is noticeable in the IMF-led reforms in the 1980s which stressed trade liberalisation, privatisation, deregulation and removal of protectionist policies. They brought disaster to a lot of developing countries, including Nigeria. Free trade neglects a solid fact upon which most protectionist agendas are based, which is that it is not wealth per se that is important to a nation, but ‘productive power’.

What is implied by ‘productive power’ is the capacity to actually make or manufacture a good, rather than the mere possession of that good or of the specie—e.g., gold and silver—to buy it. This power to produce is important because it develops the necessary foundation of human skills, technological know-how, and industrial expertise necessary for long-term prosperity.

To develop this capacity, however, is not so simple. It requires a nation to sacrifice and give up a measure of material prosperity in the short run in order to gain culture, skill, and powers of united production in the long run.

For a developing nation to develop this capacity, the leadership would need to have a strong central government because people, on their own, would not sacrifice material prosperity for the sake of the nation at large; even when they do sometimes, they would not channel the extra resources into the ‘right’ areas.

The advantage of having a strong central government intervening to increase the productive power is what is consistently being weakened by most “global economic reforms”with their emphasis on subsidy removals, tariffs removal and privatisation. It is therefore not surprising that the biggest advocates of trade liberalisation are not developing nations; they are the already developed ones – it is in their best interest.

We are just not in a position to compete

Trade liberalisation is a great idea between states of similar competence; but between developed and developing nations, it would be tantamount to sugarcoated exploitation, especially when there are no restrictions from the developing nation for particular industry segments.

That said, trade liberalisation is already a fact of our existence, Nigeria is already a signatory to some international trade agreements that limits the capacity of the central government to protect domestic industry. Note, however, that the presence of protection is not a guarantee that an industry would develop quickly, but that, without it, the industry may not even exist.

In a paper presented at the 2011 national conference of the Nigerian Association of Industrial Pharmacists (NAIP), Professor Chukwuma Charles Soludo, erstwhile Governor of the Central Bank of Nigeria, stated, in clear terms, that one of the major challenges of the Nigerian manufacturing industry is that the operating environment is simply not competitive. He specifically outlined that the EPA, which was then being debated, would simply reduce Nigeria to a mere consumption post.

The big challenge for policy makers and business owners is to figure out how to create islands of competitiveness, with states like those in the EU breathing down our backs with their EPA offer and the Asian countries making the most of existing trade agreements. This is not only a Nigerian challenge; it is a challenge for all developing nations.

There is a lot to learn from the industrialisation of Japan. Their development was not from any foreign direct investment or grant but more from indigenous fortitude, nationalism and a fondness for making things. Much more than government policies, which must find room for “protectionist” interventions – the kind we are seeing with the National Automotive Industry Development Plan – there is need for a cultural shift.

For example, though the cost of automobiles in Nigeria could rise from increased import duties and tariffs on fairly used cars, it would eventually lead to increased domestic productivity. It would require a cultural shift to accept to pay this price for increased productivity.

The argument that the introduction of protectionist measures to boost the Nigerian pharmaceutical industry manufacturing capacity would lead to an increased cost of medicines in a “poverty-ridden” country has been the strongest position against greater government intervention. This argument exists because the “market” has been made the decision maker for global economics. In other words, the market should decide who would become a manufacturing economy and who should continue to be a consumption-driven economy.

READ
Daytime Sleepiness in Elderly linked to Diabetes, Cancer, Others

Considering that all nations still retain sovereignty and have the promotion of the wellness and prosperity of their citizens as the core objectives of their governments, this argument is a suitable one only for an already developed nation. It offers no long–term solution to developing nations like Nigeria, as a consumption mode is simply not sustainable regardless of whether the market requires it or not.

The decision of the United States to deny us access to antibody serums for the treatment of Ebola (even though it is not yet fully tested) and the more recent decision not to sell sophisticated military weapons to Nigeria buttresses my point – that a position of consumption is a dangerous one if we believe ourselves to be a sovereign state not eager to be recolonised.

What can we do?

We need a stronger government and we need it now! Next, we need a cultural shift – that is the “we” consciousness. It takes a cultural change to make the sacrifices that must be made for us to leave this treacherous position of consumerism.

Japan, for example was not built by just having the right government policies; it was more from the resilience and nationalistic spirit of the private sector that simply loved Japan. They had a love for making things and for making them in Japan. Also, they succeeded in fostering massive domestic private investment.

In my opinion, Nigeria doesn’t need the volume of foreign direct investments it thinks it needs to really develop. What we need to achieve is more of capacity development, indigenous investment and technology transfer than anything else. It takes a cultural shift to achieve this as most times, the focus on technology transfer and capacity development is a decision made not by the government policies but in the board room, by entrepreneurs who would have to consider whether they could suffer a little in the hands of market forces but ultimately help us overcome our present challenges. The government on its part would have to structure models for increasing access to capital.