Becoming a consultant or specialist in a medical field of interest is the ultimate career goal of most physicians. Although there is no restriction to the number of specialisations a physician can have, most are contented with just one specialisation (considering the mental rigours and financial implications) while others who cannot go through the hurdles of the residency training programmes remain in the general medical practice throughout their career.

Yet, there are a few exceptional individuals who have defied all odds to master a combination of medical specialties in order to be of greater service to humanity. One of such is Dr Olurotimi John Badero, the Nigerian-American physician who is the world’s first and only fully trained cardio-nephrologist (combined heart and kidney specialist).

Badero is widely known in the medical circles as a super-achiever and a rare genius. He went through an unprecedented 10 years of continuous postgraduate medical training, which made him a certified specialist in the seven areas of medicine mentioned earlier. He also performed the first transradial cardiac catheterisation and percutaneous coronary angioplasty at Central Mississippi Medical Center in 2011. This innovative procedure is recorded in only five to seven per cent cases of interventional cardiology in the U.S.

Olurotimi John Badero was born on 30 April, 1971 in Lagos Nigeria. He was the seventh of nine children of Chief Eliab Olufemi Olujoye Badero and Stella Taiwo Badero. Olurotimi Badero was the closest child to his father and travelled with him everywhere he went. He hails from IsonyinIjebu in Ijebu Northeast area of Ogun State. His father was a trained tailor who later became a typist and administrative manager at SCOA motors. His mother, a banker, worked with Barclays Bank as a secretary in the early 1970s.

Badero spent his childhood in Lagos and Ogun states, Nigeria where he had his primary education in at St Mary’s Private School in Lagos. He proved to be an exceptionally brilliant student in school. When he was in Primary 4, he gained admission into Federal Government College, Odogbolu, for his secondary education.

While at Federal Government College, Odogbolu, he, alongside three other students participated in and won the maiden edition of the National Young Scientists’ Quiz competition in Nigeria in 1987. After completing his secondary education in 1988, he gained admission to study Medicine and Surgery at Obafemi Awolowo University, Ile-Ife, Osun State to. Following his graduation, he completed his one year internship at Obafemi Awolowo University Teaching Hospitals Complex, Ile-Ife.

Badero did his one-year compulsory national youth service at the General Hospital, Isolo, in Lagos. After this, he relocated to the United States where he completed three years of internal medicine residency training at the State University of New York (SUNY), Downstate Medical Centre in Brooklyn, New York. He then proceeded to the School of Medicine, Emory University in Atlanta, Georgia, for a two-year Fellowship in nephrology and hypertension. Afterwards, he returned to the SUNY Downstate Medical Centre for another three years of fellowship training in cardiovascular medicine.

Following the completion of his fellowship in cardiovascular medicine, Badero was admitted to Yale University School of Medicine at Bridgeport where he completed a fellowship in invasive & interventional cardiology and another in peripheral vascular intervention.

Driven by his insatiable appetite for knowledge and his passion to save lives, Badero returned again to SUNY-Downstate Medical Centre for another fellowship in Interventional Nephrology, Endovascular Medicine & Dialysis Access Intervention. As a result Dr Badero holds 6 specialty board certifications after completing 10 years of continuous postgraduate training.

Badero is a recipient of many awards, including the Association of Black Cardiologists’ scholarship award for the Best Cardiology Fellow in the U.S. in 2008, as well as the 2014 Mississippi Healthcare Heroes in the state of Mississippi. He has authored many peer reviewed journals is currently on the editorial board of the International Journal of Nephrology & Renovascular Disease.

He is the executive director of Cardiac Renal & Vascular Associates in Jackson Mississippi, USA, a firm he founded in 2013. He is also the medical director of St. Joseph Hospice, and is on the global Advisory Board of the therapeutics experts on Thrombosis and Atherosclerosis, Merck Pharmaceuticals U.S.A.

Badero is also affiliated with multiple hospitals in Jackson, Mississippi. He is one of nine physicians at River Oaks Hospital and one of four at River Region Medical Centre who specialise in cardiovascular disease.

Badero cherishes a close relationship with God. He is an assistant pastor of the Redeemed Christian Church of God, Vine Chapel Church. An avid painter, he believes spirituality and creativity are vital to the art of healing. 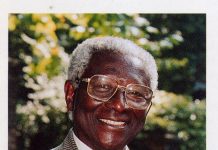