She obtained her BM.CHB in Medicine and Surgery from the University of Jos in 1984 and her FWACP and MD from University of Nigeria Nsukka, in 1995 and 2014, respectively.

The assiduous Odunukwe, who has played significant roles at NIMR for about 22 years, had risen through the ranks, holding several positions, before becoming the deputy director general of the institute. She also serves as the director of research/consultant haematologist and head of Research Innovation and Product Development (RIND) at the institute.

As the head of Genetics and Blood Disorders division (1998 – 2004) and head of Clinical Sciences division (2004-2011), she effectively coordinated research and supervised all clinical care delivery, staff in clinical diagnostic laboratory, as well as handling routine clinical responsibilities in the diagnosis, care and management of HIV/AIDS, haematological and oncology patients attending the NIMR outpatient clinic.

Odunukwe, a caring and concerned HIV consultant, has been involved in HIV research at both local and international collaboration levels, particularly in the HIV treatment programme of the Institute, which provides care, treatment and support for over 25,000 PLWHAs. She was also a research clinician for the Presidential Emergency Plan for AIDS Relief (PEPFAR).

The NIMR deputy DG has served on various technical committees for the government on HIV, NCD and national laboratories. She is an examiner for the Fellowship of the West African College of Physicians. She has also reviewed manuscripts for local and international journals, in addition to being an associate editor for the Nigerian Journal of Clinical & Biomedical Research and a member of the editorial board of the Journal of AIDS and HIV Research (JAHR). She participates in accreditation of laboratories for West African College of Physicians.

As a testimony to her numerous contributions, she has received several awards, scholarships, travel grants for short trainings and research from both local and international funders, such as Bill and Melinda Gates,  EDCTP, AMANET, EACS, ROCHE, APIN, Harvard PEPFAR, FIDSON Pharmaceuticals, SWIPHA, HIV Research Trust fund and FHI 360/UNAIDS.

Odunukwe has over 60 publications in both local and international peer-reviewed journals and books.  She has over 30 published abstracts of papers presented at local and global scientific conferences. She is a member of several professional bodies, where she has served in leadership positions. She and her husband are life members of FGBMFI and have six children. 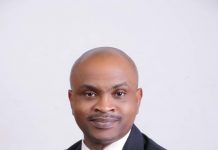 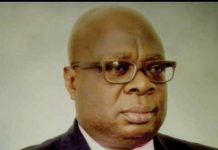 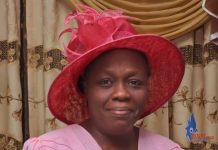