The easiest way to avoid buying fake medicines is to patronise only registered pharmacy outlets, where the pharmacist-in-charge is on ground to provide pharmaceutical services as stipulated by the International Pharmaceutical Federation (IFP) and the World Health Organisation (WHO).

According to the ACPN boss, “it is no longer news that the Pharmacists Council of Nigeria (PCN) is the only body empowered to license every premises where drugs can be dispensed and distributed; so anybody buying outside these premises is not doing himself any favour. Similarly, the National Agency for Food, Drug Administration and Control (NAFDAC) has been empowered to regulate the distribution of drug products.”

Paul-Ozieh further noted that infiltration by charlatans is the greatest challenge faced by community pharmacists.

“Activities of charlatans have always been our concern and we have always been agitating and telling government that they need strong political will to enforce the rules and the laws regarding pharmacy practice in Nigeria.

“For those hawking drugs, it is clearly entrenched in the NAFDAC and PCN laws that they are not supposed to hawk drugs like traders do in the market; in fact, drugs are not meant to be exposed as this destroys them, and we have always tried to wake the government up to their responsibilities and their roles,” she said.

The number one community pharmacist in the state added that the theme of the programme, “Advancing Community Pharmacists’ Leadership Role through Health Education” was apt, as it was chosen to meet the present day needs of the public.

“Today, what we are doing primarily is health education and we have walked round Ifako-Ijaiye Local Government, talking to people on the street, sharing fliers and educating people on their health.

Speaking in the same vein, a former chairman of the Pharmaceutical Society of Nigeria (PSN), Lagos State, Pharm. Anthony Oyawole, disclosed that the programme was important as it was meant to educate the populace and make them know where to purchase  genuine drugs.

“We shouldn’t deceive ourselves. The issue of fake drug is a common phenomenon all over the world; therefore the ACPN has decided to take the campaign to the community level, so that people can know where and how to source for genuine drugs in their community.”

Oyawole further revealed that all drugs are poisons, stressing that it is possible to even take a genuine drug and get a negative reaction if the drug was taken wrongly.

“So the basic thing to do when it comes to the issue of drug need is to approach the professionals, that is, pharmacists for all drug needs. They are the drug experts and they know what to do at every point in time.

“Registered pharmacists, unlike the quacks, will never sell fake or substandard drugs; and that is why it is important for everybody to ensure that they get their drugs from the right source,” Oyawole said.

In his thanksgiving message to the ACPN during a courtesy visit to his palace, the Onifako of Ifako Kingdom, HRH Oba Taofik Ayinde Abiodun Fatusi (Obawole 1), thanked community pharmacists in the state for the good job they were doing and urged them not to relent in their efforts.

He also promised to ensure that the people of the community would be continuously enlightened on the dangers associated with consumption of fake and counterfeit drugs, while urging the Law Enforcement Agency to be up and doing in fishing out charlatans who are bent on tarnishing the good image of the pharmacy profession in Lagos State.

“There is no gainsaying that my people have benefited immensely today, in terms of free medical check-ups and health education. My people now know the importance of buying genuine drugs and the danger of counterfeit medicines,” he said. 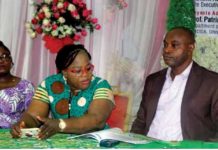 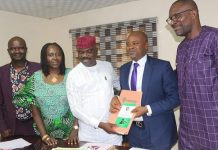