The journey to eradicating polio in Nigeria was a long and arduous one. It began in 1977 when the World Health Organisation (WHO) adopted the Universal Child Immunization Programme. In 1988, the 41st World Health Assembly declared the lofty goal of eradicating poliomyelitis by the year 2000 through support to national health infrastructure systems on immunization.

On 25 August  2020, after many years of intense campaign, Nigeria was declared and certified free of the wild poliovirus by the World Health Organisation and the Africa Regional Certification Commission, an independent body mandated to certify the Africa region to have eradicated poliovirus. This made Nigeria the last nation on the African continent to achieve the polio-free status. The disease is now only found in Afghanistan and Pakistan.

Remarkably, however, this historic achievement wouldn’t have been possible without the efforts and contributions of  various stakeholders in Nigeria’s polio eradication programme. A prominent expert who played a leading role in the war against the disease was Professor Oyewale Tomori.

Tomori is a multiple award-winning specialist in human zoonotic and veterinary viruses, including the poliomyelitis virus. The immediate-past president of the Nigerian Academy of Science is also recognised as one of Africa’s frontline Lassa fever researchers. His research interests include the Yellow Fever virus, Ebola virus, Lassa virus, poliovirus, measles virus, and the Orungo virus.

Tomori was also the chairman of the Nigeria Expert Review Committee on Polio Eradication and Routine Immunization Programme, a high-stakes role where he was charged with ensuring that Nigeria defeated polio at all costs. For many years, he served as regional virologist for the WHO Africa Region, where he set up the African Regional Polio Laboratory Network, a first-of-its-kind system of laboratories that provided diagnostic expertise to the Global Polio Eradication Initiative (GPEI). For his immense contributions to national development, he received the Nigeria National Order of Merit (NNOM) award in 2002, Nigeria’s highest award for academic, intellectual attainment.

Oyewale Tomori was born on 3 February 1946, in Ilesa, one of the ancient Yoruba towns in present day Osun State, Nigeria. His grandfather was a chief, third in rank to the king. He was one of many children from a large polygamous family. His mother was one of many wives who had five boys and Professor Tomori was the third of the five brothers.

Tomori began his elementary education at the Church Missionary Society Primary School in Ilesha, at the age of 5. After his primary education, he moved to Government College, Ughelli, for his secondary education. In 1966, at the age of 20, he was admitted into Ahmadu Bello University, Zaria, where he received the Doctor of Veterinary Medicine (DVM) degree in 1971.

Tomori obtained his doctorate degree in Virology from the University of Ibadan, Oyo State, in 1976. He began his academic career in 1971 as a Research Fellow II at the Department of Virology, College of Medicine, University of Ibadan. In 1981, he was appointed professor of virology and the same year he received the United States Department of Health and Human Services Public Health Service Certificate for his contributions to Lassa fever research.

Tomori was later appointed head of the Department of Virology, University of Ibadan, in 1984. He served two terms and was actively involved in isolating polioviruses from children – especially cases of paralysis in children treated at the outpatient clinic of the University College Hospital. While he was at the university, he was appointed director, WHO  Collaborating Centre for Arbovirus Reference & Research; and director, Postgraduate Institute for Medical Research & Training at the University of Ibadan.

In 1994, Professor Tomori left the academic circle to work fully with the World Health Organisation. He served as regional virologist/laboratory coordinator for the African Region at WHO Africa regional office. During this period, he set up the African Regional Polio Laboratory Network, comprising 16 laboratories, which provided diagnostic support to the global polio eradication initiative. The network became the forerunner of other regional diagnostic laboratory networks for measles, yellow fever, and other viral haemorrhagic fevers. He was involved in the investigations of outbreaks of viral haemorrhagic fevers – Lassa fever, Yellow fever, Ebola, and Marburg haemorrhagic fever infections – in Nigeria, Liberia, DR Congo and Uganda, between 1995 and 2004.

After working for 10 years with WHO, Tomori was appointed pioneer vice-chancellor at Redeemer’s University, Ogun State, Nigeria in 2004, where he spent seven years. In the same 2004, he was appointed chairman of Nigeria Expert Review Committee on Polio Eradication and Routine Immunization Programme.

He is an international member of the U.S. National Academy of Medicine, and the International Steering Committee of the International Consortium on Anti-Virals. Professor Tomori has authored and co-authored more than 150 publications in peer-reviewed journals.

Professor Tomori is recognised as one of Africa’s leading virologists and frontline Lassa fever researchers. He is a recipient of several awards and fellowships of many international academic organisations. These include: Fellow of the Nigeria National Ministry of Science and Technology Merit Award for excellence in medical research; Fellow of the Academy of Science of Nigeria; Fellow of the College of Veterinary Surgeons of Nigeria; Fellow of the Royal College of Pathologists of the United Kingdom; International member of the United States National Academy of Medicine; Senior Fellow at the Scowcroft Institute, Texas A&M University; and Fellow of the American Society of Tropical Medicine and Hygiene (2013). 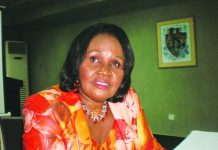 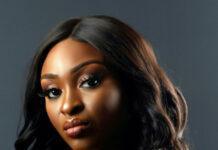