It seems like there’s a lot of pressure on couples to have good sex. So what happens when sex isn’t fun and is actually painful?

That’s the question some women ask themselves, though they may be afraid to speak out about it, due to the cultural silence surrounding sex matters in Africa.

Nearly one in ten women find sex very painful, says a research findings published in the British Journal of Obstetrics and Gynaecology. When growing up, ladies are usually told that sex is often painful, but it simply shouldn’t be.

If it is, it can be a sign of vaginismus or other age-related conditions like menopause. It takes great mental energy and focus to move muscles that you’ve never consciously moved—muscles that you’re not even supposed to talk about. 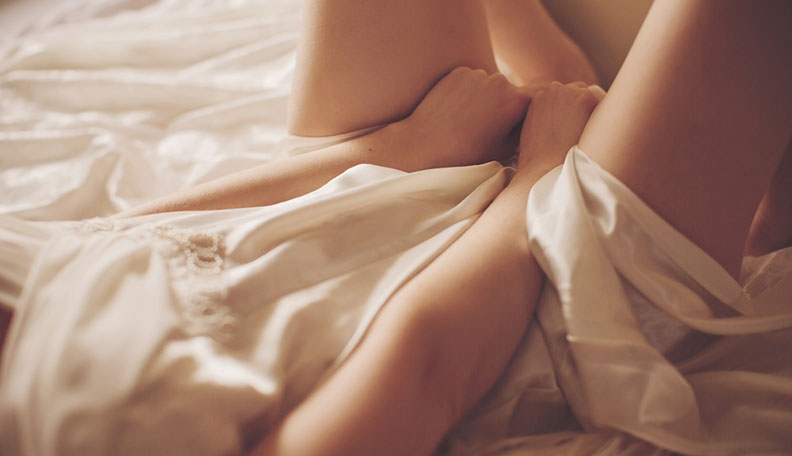 In an exclusive interview with Mrs A.K. Agbetuyi, chief nursing officer, Obstetrics and Gynaecology Department, of the Lagos State University Teaching Hospital (LASUTH), she described the condition which makes a lady experience painful sex as vaginismus.

Vaginismus is the involuntary tightening of the vagina during an attempt of penetration. It is a condition experienced by roughly 2 per cent of women, and this statistic is just the people who are diagnosed.

She said: “It is a condition that can be congenital and can also be acquired.” No matter how hard a lady tries, she just would not be able to have sex.

Speaking with one of the patients at the Gynaecology Clinic, who has got previous experience of the condition, she said it was a very nasty situation for her, as all suggestions and recommendations weren’t yielding positive outcome initially.

“Everyone says it’s difficult for first timers, they advise you to relax and have some wine, but still, there’s no way. The best way to describe it is that it feels like a brick wall; the pelvic muscles would clench shut to the point it’ll feel like there’s a complete block.

READ
Best Anti-Aging Foods to Add into Your Daily Diet

Painful sex (dyspareunia) is often the first sign of vaginismus. The pain happens only with penetration. It usually goes away after withdrawal, but not always.

Another patient at the clinic, simply known as Titi, also shared her own experience, as she described it as a burning or a feeling like the penis is “hitting a wall.”

According to Agbetuyi, “A lady would know she has vaginismus when it is time for her to
menstruate and nothing is coming out, however, she wouldn’t have to wait till then because very observant mothers would have noticed early.

“There is a cream that is prescribed when the membrane is still thin and when the child is still very young. An early detection and early treatments helps a lot in any health condition.”

It is usually recommended that women should see their doctors when having painful sex or pain while inserting a tampon. These feelings aren’t normal.

Your healthcare provider will ask about your symptoms and your medical and sexual history. A pelvic exam can help rule out other problems or confirm the presence of muscle spasms. Your provider may apply a topical numbing cream to the outside of the vagina before the exam to make the process more comfortable for you.

There’s not always a reason for vaginismus. The condition has been linked to:

“Another cause could be due to the previous information given to them that a woman who is having sex for the first time, being a virgin will definitely experience it.

“So, hearing news from peer groups and others, that when they want to have sex for the first time is usually very painful, this creates the fear in them. The rumours of how they bled and cried will not allow them have a seamless intercourse.”

 The condition can get worse over time, but is treatable
 The condition is non-contagious and involuntary (not your fault)
 Symptoms, severity and type can vary per individual
 Vaginismus can result from medical as well as psychological factors
 Treatment can be highly effective for many women

Vaginismus can be classified into two main types:

Primary: This is when a woman has had pain every time something entered their vagina, including a penis (called penetrative sex), or when they’re never been able to insert anything into their vagina. It’s also called lifelong vaginismus.

Secondary: This is when a woman has had sex without pain before, but then it becomes difficult or impossible. It’s also called acquired vaginismus.

However, in the course of the interview, our corresponders asked the health expert types of vaginismus and Mrs Agbetuyi noted that:

“It is a condition can be congenital and acquired. The congenital is a case where that was how the child was born; meaning the areas that are supposed to be open will be closed.”

“The acquired one mostly happens with women that are looking for the fruit of the womb and are told that they have fibroid, instead of coming to the hospital to get treated; they buy corrosive herbs that are harmful. Our vaginal area is very delicate and is elastic and the membrane is very soft.”

“They usually tell them that when they take these herbs that the fibroid will come down as if they are defecating. If the medicine used is very corrosive, it will cause wound and where it heals it closes up. The treatment is usually done in the theatre and be putting some instruments so that it doesn’t hurt than it was because it can very painful.”

READ
The Better Side of Bitters

Many women are left wondering, can vaginismus be cured?

Fortunately, the answer is, yes, it can. Women with vaginismus often suffer in silence, but unfortunately this tends to worsen the problem overtime. If you have vaginismus, it may be down to physical or psychological reasons, if not both.

“There is nothing that can be given other than surgery. But they have to be dilating after the surgery because it can close up again after the surgery. The instruments to dilate it are in different sizes like 1, 1.5, 2 until it heals up.

“The congenital can also be treated as well, because many conscious and careful mothers would notice that there is a problem with the child’s private part and reports it to the hospital immediately. There are children without anus and that is congenital.

“That’s why we advise people to go to good hospitals, because, ideally, anything congenital will be detected on the day of birth. Here in LASUTH, we do general check on a child, like checking the head, the anus, the navel, e.t.c. Vaginismus is a common anomaly and is even rampant now that I am in the hospital.”

Vaginismus isn’t anything to be ashamed of

There’s still a stigma involving anything to do with vaginas and women’s health, many women don’t feel comfortable seeking help. It can be very isolating, making it difficult for many women with signs or symptoms of vaginismus to speak to anyone about their concerns — including their doctor.

If painful sex is happening to you, it isn’t something that you have to accept. You owe yourself a happy and healthy sex life. No shame! 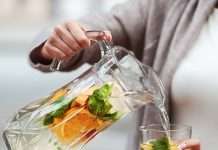 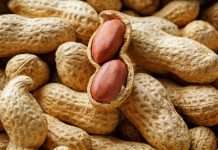 Groundnut, the Earthnut of Great Value 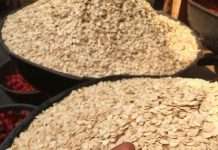