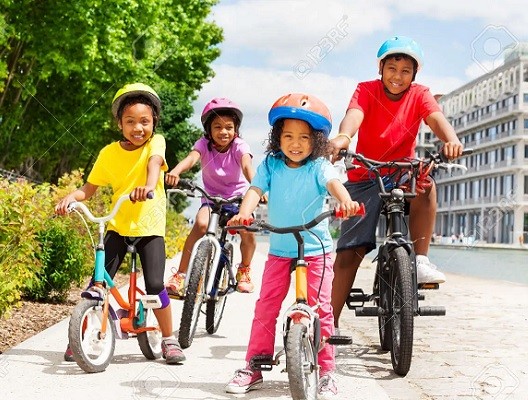 Some parents in Kubwa, a suburb of the Federal Capital Territory, has called on parents to promote cycling among children to enhance their mental and physical well-being.

They gave the advice at a maiden edition of a 10-kilometre cycling competition organised for children below 16 years of age, in Abuja.

The parents who spoke with the News Agency of Nigeria (NAN) in separate interviews said that cycling gives children freedom and independence to move around.

Mrs Izin Adaghe, a parent and one of the the organisers of the competition, said that the initiative was to enhance the wellbeing of the children.

She added that it was good for them to start young as children who start engage in cycling have better mental attitude and are relieved of stress.

“Though some of these kids know how to ride but do not have self-confidence, but with this event self confidence have been built in them.

Another parent and organiser of the competition, Mrs Marian Oluwapidan, added that the competition is meant to encourage children to take themselves to school using their bicycle.

“These days we have a lot parents running around doing school runs, even when the school is behind their houses.

“But with this competition, children will have confidence in themselves and will be able to take themselves to school, which in turn will reduce the burden on their parents,” she added.

“It was a good experience, though scaring, but I thank God and I am grateful for coming out victorious,” he said.

The News Agency of Nigeria (NAN) reports that at the end of the competition, prizes were given to the winners and runner up participants in each category.(NAN)