Chairman of Phamatex Group, Prince Christopher Nebe, has raised the alarm over the unwholesome activities of drug counterfeiters, cloners and parallel importers in the country.

Speaking with Pharmanews at the company’s 2019 Customers’ Reward Function, which held recently at Golden Tulip Hotel, Festac, Nebe disclosed that the situation is giving him and other genuine owners of pharmaceutical companies sleepless nights.

“We cannot continue to pretend that all is rosy,” he said. “The activities of these parallel importers, cloners and fakers have been an unending nightmare. Consequently, we have lost unquantifiable sales and goodwill to this menace.” 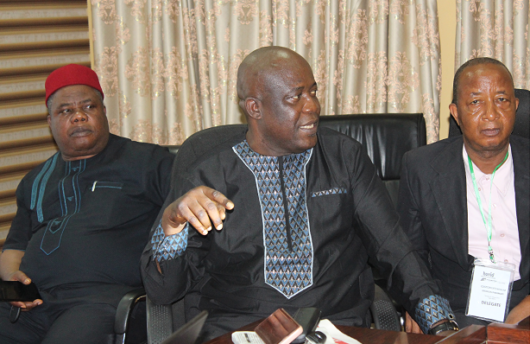 While encouraging regulatory bodies and other relevant stakeholders not to rest on their oars, Nebe declared that some of the perpetrators of the act are, in most cases, familiar figures.

“We understand that these perpetrators are not ghosts but, indeed, our close neighbours in the industry. Some of them are even friendly and well known to us. Although the authorities are doing their best but this ghost continues to haunt us.

“By us, I meant all of us in the pharma sector including those of you present here at this event today. They undersell you from their hideouts, and our effort at engaging them in a price war has so far been less effective,” he bemoaned.

While canvassing support of the company’s loyal distributors, the Phamatex boss announced that he is open to their suggestions and recommendations.

“We shall welcome suggestions on the way forward, seeing that we are all affected ultimately. Please feel free to make comments and ask questions. Rest assured that all contributions will be fairly treated with a view to strengthening the bonds uniting us for better profitability this year,” he stressed.

Arguably one of the leading pharmaceutical giants in the country, Phamatex Group was founded by Prince Christopher Nebe (chairman) and Chief Joseph Ebowusim, (executive director), two industrious entrepreneurs whose dreams to build a haven where quality pharmaceuticals would continually be churned out became synergistically realised.

Since inception, these entrepreneurs have recorded overwhelming and outstanding success in the pharma industry for over 20 years in Nigeria. The company was incorporated on July 29, 2010. It became a child of necessity as a result of NAFDAC regulations to stop importation of certain generics and over-the-counter (OTC) medicines.

Located in the heart of Amuwo Odofin area of Lagos, Phamatex new state-of-the-art factory, which has undergone a WHO pre-qualification exercise by a WHO American consultant since 2015, is a beauty to behold.