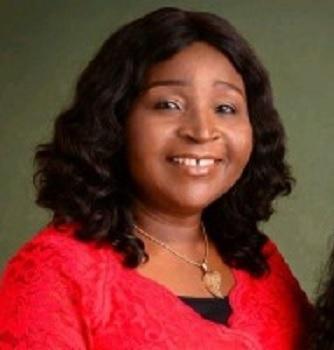 With over 35 years of rich professional experience in hospital pharmacy practice, she is famous for her giant stride in building a three–storey building from the proceeds of a successfully managed Drug Revolving Fund (DRF) scheme of NOHI, Lagos, which was adjudged the best DRF scheme in Nigeria in 2015.

Obono obtained her Bachelor of Pharmacy degree at the University of Nigeria, Nsukka, in 1984. She also attended the University of Benin for her Doctor of Pharmacy, which she completed in 2020. An unrelenting learner, she later travelled to the University of Washington, United States, for Leadership in Health Management Certificate; as well as the Texila American University, for a master’s degree in Public Health. A distinguished lecturer at the WAPCP, she became a Fellow of the institution in 2000.

With particular interest in the provision of standard healthcare services to patients in collaboration with other healthcare providers, Obono trained an average of 20 intern pharmacists annually during her 16 years as director of pharmacy at NOHI, Lagos. She also supervised 12 resident pharmacists, as well as reviewing over 50 dissertations of WAPCP graduates.

As ALPs  chairman, she initiated some laudable ideals that are still running till date in the association. For example, ALPs adopted and started the training of the girl child from primary school to secondary school during her tenure.

In recognition of her numerous contributions to the NOHI and pharmacy activities, Obono has received several honours and awards. They include Biogenerics Integrity Award for Hospital Pharmacists; Pfizer Award of Excellence in Hospital Pharmacy Practice; Best Head of Department of 2014 Award; May & Baker Award of Professional Excellence; Distinguished Service Award, NAHAP and others.