Born in Ikogosi-Ekiti, Ekiti State, she obtained a Bachelor of Pharmacy (Hons) degree from the University of Benin, Edo State, in 1980. She started her career as an Intern pharmacist at the State Specialist Hospital, Akure, in 1980 and creditably rose through the ranks to become Director of Pharmaceutical Services at Federal Medical Centre, Owo, Ondo State. She capably held the post for over two decades, until her retirement in June 2015

In recognition of her selfless services, she has received several awards to her abiding credit. They include: Federal Medical Centre, Owo Pioneer of Honour Award 1995; Merit Award as Best Department (Department of Pharmaceutical Services) under her leadership in 1996; Letter of commendation given by the Management of Federal Medical Centre, Owo, Ondo State in 2001; Merit Award Winner (MAW) of the PSN Ondo State in 2002; Distinguished Service Award (DSA) of NAHAP National in 2004; Merit Award in recognition of her contributions to the upliftment of Pharmacy Profession by the PSN, Ekiti State Branch in October 2006; Placement on the Roll Call of Honour by NAHAP, Ondo State Branch, in 2007; Fellow of the PSN, 2009; Excellent Service Award by NAHAP, Federal Medical Centre, Owo, June 2012, and several others.

Having gone this far, the entire management and staff of Pharmanews join her colleagues, relations and well-wishers to congratulate her on her successful completion of service. 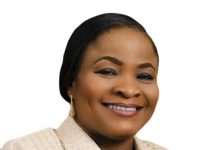