Three scientists from Ireland, Japan and China respectively have won the 2015 Nobel prize in medicine for discoveries that helped doctors fight malaria and infections caused by roundworm parasites.

Tu Youyou, a Chinese-born pharmacologist discovered one of the most effective treatments for malaria while working on a secret military project during China’s Cultural Revolution.

The 84-year-old pharmacologist was awarded half of the prestigious 8m Swedish kronor (£631,000) prize for her discovery of artemisinin, a drug that proved to be an improvement on chloroquine, which had become far less effective as the malaria parasites developed resistance.

A Fellow of the American Society of Pharmacognosy (ASP) Professor Satoshi Ömura, along with William C. Campbell, an Irish-born researcher who did his work in the U.S, shared the other half of the Prize for their works on the microbial production of the avermectin class of compounds, which was initial discovered by Ömura, and later followed up by Campbell. These compounds are important in the treatment of river blindness and other parasitic diseases

Satoshi Ömura, noted natural products chemist , shared the 2015 Nobel Prize for Physiology or Medicine for his discovery of the microbial production of the avermectin class of compounds. These compounds are important in the treatment of river blindness and other parasitic diseases. Ömura isolated avermectin from Streptomyces avermitilis isolated from Japanese soil. William Campbell followed up on this discovery for applications in livestock and other domestic animals. Youyou Tu also shared the prize for work with artemisinin, used in the treatment of malaria. Ömura and Williams shared one-half of the prize, while Tu received the other half.

Together, the scientists have transformed the lives of millions of people in the developing world, where parasitic diseases that cause illness and death are most rife.

“The two discoveries have provided humankind with powerful new means to combat these debilitating diseases that affect hundreds of millions of people annually,” the Nobel committee said. “The consequences in terms of improved human health and reduced suffering are immeasurable.” 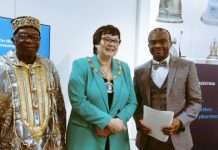 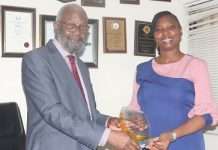 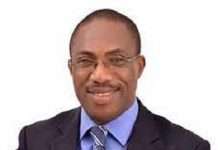