It was a spectacular celebration of professionalism and journalistic excellence, as Temitope Obayendo, online editor of Pharmanews, emerged one of the top journalists honoured at the maiden edition of the Nestlé Nigeria Media Awards.

The award presentation, which took place at Nestle’s head office in Ilupeju, Lagos, on Saturday, 11 December, saw Mrs Obayendo being named first runner-up among three recipients in the “Best Story on Nutrition and Affordable Food Solutions” category of the awards.

She was recognised for her insightful story, “Nutritionists Say Abstinence from Iron-Rich Foods in Pregnancy Dangerous for Mothers, Babies,” published in the June 2021 edition of Pharmanews.

Other winners in the same category included Moses Emorinken of The Nation Newspaper and Chris Onuoha of Vanguard Newspaper.

Congratulating the recipients, Victoria Uwadoka, Nestlé Nigeria’s corporate communications and public affairs manager, disclosed that the award was instituted to reward professionalism and excellence in media practice, as well as to appreciate media support to Nestlé during the year under review.

She added that the award recognises published stories in mainstream and online media on Nestlé’s focus areas, which include Affordable Nutrition, Environmental Sustainability, Youth Empowerment, Women Empowerment, Thriving Communities and Access to Water, and Sanitation Facilities

Uwadoka further explained that participation in the award is open to mainstream and online journalists from all over Nigeria.

Also speaking at the event, Dr Chioma Emma Nwachukwu, a member of the panel of judges, which also comprised Dr Chido Nwakama, Mr Peter Ejiofor, Dr Austin Nweze, and Dr Franklin Ngwu, stated that entries for the award were screened based on factors such as story title – how enticing and captivating; introduction – how interesting it is for readers; depth of content; addition to knowledge; and extent of research involved.

In his remarks, Mr Ejiofor posited that addition to knowledge is essential in any story, stressing that journalists must improve their skills to report stories that add to readers’ knowledge.

Similarly, Dr Nweze said it is important for media practitioners to be rewarded for their labours, saying the quality of the media in any society determines the life of the people. 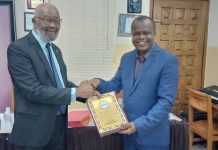 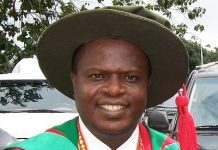 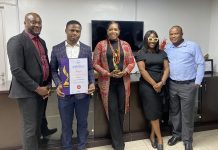