Almost daily, diverse news media cover several stories of leaders at various levels from village level to global level, who failed in their leadership roles, due to one reason or the other. Most of the failures are traceable to simple things that they did not consider as dangerous when they started.

In the recent past, we’ve witnessed the public downfall of leaders from almost every area of endeavour—business, politics, religion, and sports. One day they’re on top of the heap, the next, the heap’s on top of them. Of course, we think that such catastrophic failure could never happen to us. We’ve worked hard to achieve our well-deserved positions of leadership—and we won’t give them up for anything! The bad news is: the distance between the beloved leader and despised failure is shorter than we think.

The following “warning signs” of impending failure are important for leaders to be wary of.

A shift in focus

This shift can occur in several ways. Often, leaders simply lose sight of what’s important. The laser-like focus that catapulted them to the top disappears, and they become distracted by the trappings of leadership, such as wealth and notoriety.

Leaders are usually distinguished by their ability to “think big.” But when their focus shifts, they suddenly start thinking small. They micro-manage. They get caught up in details better left to others; they become consumed with the trivial and unimportant. And to make matters worse, this tendency can be exacerbated by an inclination towards perfectionism.

A more subtle leadership derailer is an obsession with “doing” rather than “becoming.” The good work of leadership is usually a result of who the leader is. What the leader does then flows naturally from inner vision and character. It is possible for a leader to become too action-oriented and, in the process, lose touch with the more important development of self.

What is your primary focus right now? If you can’t write it on the back of your business card, then it’s a sure bet that your leadership is suffering from a lack of clarity. Take the time necessary to get your focus back on what’s important.

Further, would you describe your thinking as expansive or contractive? Of course, you always should be willing to do whatever it takes to get the job done; but try never to take on what others can do as well as you. In short, make sure that your focus is on leading rather than doing.

A lack of focus and its resulting disorientation typically lead to poor communication. Followers can’t possibly understand a leader’s intent when the leader himself or herself isn’t sure what it is! And when leaders are unclear about their own purpose, they often hide their confusion and uncertainty in ambiguous communication.

Sometimes, leaders fall into the clairvoyance trap. In other words, they begin to believe that truly committed followers automatically sense their goals and know what they want without being told. Misunderstanding is seen by such managers as a lack of effort (or commitment) on the listener’s part, rather than their own communication negligence.

“Say what you mean, and mean what you say” is timeless advice, but it must be preceded by knowing what you mean! An underlying clarity of purpose is the starting point for all effective communication. It’s only when you’re absolutely clear about what you want to convey that the hard work of communicating pays dividends.

Leaders at risk often begin to be driven by a fear of failure rather than the desire to succeed. Past successes create pressure for leaders: “Will I be able to sustain outstanding performance?” “What will I do for an encore?” In fact, the longer a leader is successful, the higher his or her perceived cost of failure.

When driven by the fear of failure, leaders are unable to take reasonable risks. They want to do only the tried and proven; attempts at innovation—typically a key to their initial success—diminish and eventually disappear.

Which is more important to you: the attempt or the outcome? Are you still taking reasonable risks?  Prudent leadership never takes reckless chances that risk the destruction of what has been achieved, but neither is it paralysed by fear. Often the dance of leadership is two steps forward, one step back.

A leader’s credibility is the result of two aspects:  what he or she does (competency) and who he or she is (character). A discrepancy between these two aspects creates an integrity problem.

The highest principle of leadership is integrity. When integrity ceases to be a leader’s top priority, when a compromise of ethics is rationalised away as necessary for the “greater good,” when achieving results becomes more important than the means to their achievement—that is the moment when a leader steps onto the slippery slope of failure.

Often such leaders see their followers as pawns, a mere means to an end, thus confusing manipulation with leadership. These leaders lose empathy. They cease to be people “perceivers” and become people “pleasers,” using popularity to ease the guilt of lapsed integrity.

It is imperative to your leadership that you constantly subject your life and work to the highest scrutiny. Are there areas of conflict between what you believe and how you behave? Has compromise crept into your operational tool kit? One way to find out is to ask the people you depend on if they ever feel used or taken for granted.

Tragically, if a leader doesn’t take care of himself or herself, no one else will. Unless a leader is blessed to be surrounded by more-sensitive-than-normal followers, nobody will pick up on the signs of fatigue and stress. Leaders are often perceived to be superhuman, running on unlimited energy.

While leadership is invigorating, it is also tiring. Leaders who fail to take care of their physical, psychological, emotional, and spiritual needs are headed for disaster. Think of having a gauge for each of these four areas of your life—and check them often! When a gauge reaches the “empty” point, make time for refreshment and replenishment. Clear your schedule and take care of yourself—it’s absolutely vital to your leadership that you continue to grow and develop; a task that can be accomplished only when your tanks are full.

The last warning sign of impending disaster that leaders need to heed is a move away from their first love and dream. Paradoxically, the hard work of leadership should be fulfilling and even fun. But when leaders lose sight of the dream that compelled them to accept the responsibility of leadership, they can find themselves working for causes that mean little to them. They must stick to what they love, what motivated them at the first, to maintain the fulfilment of leadership.

To make sure that you stay on the track of following your first love, frequently ask yourself these three questions: Why did I initially assume leadership? Have those reasons changed? Do I still want to lead?

The warning signs in life—from stop lights to prescription labels—are there for our good. They protect us from disaster, and we would be foolish to ignore them. As you consider the six warning signs of leadership failure, don’t be afraid to take an honest look at yourself. If any of the warnings rings true, take action today!

The good news is: by paying attention to these signs and heeding their warnings, you can avoid disaster and sustain the kind of leadership that is healthy and fulfilling for both yourself and your followers.

For leaders and their organisations to be successful and avoid leadership failure, these very clear practices must be employed :

Develop a clear vision and strategy

Communicate the vision and strategies clearly and consistently

Lead from your strength and stretch the organisation for success

Various surveys highlight one area that requires special focus: building strong cohesive top teams.  If you don’t have a strong top team that works cohesively, you have a problem.

The building of a strong top team is the key step in a leadership process.   It’s this team that develops the vision and starts the clear, consistent communication of that future goal.  The strategies and plans to support the vision all come from this strong cohesive team.  The groups, from the senior team to the frontline, are aligned in the execution of these strategies, missions and tactics.  Only by starting at the top do you build the culture that executes flawlessly.

Lere Baale is a Certified Strategy Consultant at Howes Consulting Group, www.howesgroup.com, and a Director of Business School Netherlands, www.bsn.eu . 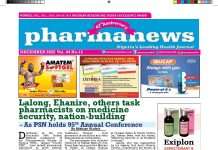 The Journey of Agile Organisation