A Professor of Obstetrics and Gynaecology at the Ahmadu Bello University, Zaria, Solomon Avidime, has advised pregnant women with small pelvises to stop refusing caesarean section delivery because of cultural and religious beliefs.

The gynaecologist cautioned that such refusal comes with many risks, warning that delivering a baby through a small birth canal when the baby is big could cause serious complications, including the death of the baby.

Prof. Avidime noted that if a pregnant woman has a small pelvis, the possibility of vaginal delivery is limited, noting that such women are usually offered a CS option to avoid complications.

Speaking in an interview with NAN, the professor, however, said women with small pelvises could still give birth vaginally, depending on the size of their babies.

Giving insight into the risk of forcing babies out of a small birth canal, Prof. Avidime said, “When the pelvis is small and the baby is small, the woman can still have a vaginal delivery. So, the size of the baby is very important here. If a woman has a small pelvis and the baby is big, it will not be wise to allow the baby to pass through that small pelvis.

“Occasionally, we encounter women that will refuse CS, if it is offered to them, as a way to aid their delivery.

“They often refuse such an offer because of their cultural and religious beliefs.

“Some of them have ended up regrettably losing their babies because, by the time they eventually agree, the situation would have become worse. They usually have an outcome that is unwanted.

“Now, if a woman that is to deliver through CS refuses, obviously, she cannot deliver on her own, or even if she eventually delivers, she will have complications and the baby may die. Also, the mother can have injuries, bleeding and may die.”

He pointed out that babies forced out of a small birth canal could also have deformities later in life. 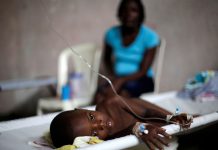 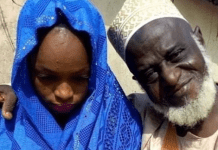