Nurses under the aegis of National Association of Nigerian Nurses and Midwives, NANNM, have called on the Federal Government to review retrogressive policies in the healthcare sector, which have hitherto made the country emerged among nations with worse health indices, particularly infant mortality rate in Sub-Saharan Africa.

They also charged the government on investment in nurses and nursing profession, absence of which, according to them has led to massive brain drain of nurses, quackery, acute shortage of nurses in hospitals, poor patients outcomes, increase in infant and maternal morbidity and mortality, among many others.

The nurses bared their minds to the government at the 2022 Scientific Week of Lagos State NANNM, held recently at the NANNM Secretariat, Agidingbi, Lagos.

Addressing government functionaries and participants at the conference, the Lagos NANNM Chairman, Nr. Olurotimi Awojide, decried the nation’s woeful health indices among neighbouring countries, describing it as unacceptable for Nigeria to be leading with worse infants mortality rate in West Africa.

Citing the Lancet (2022) report, he said “Nigeria has worse infant mortality rate compared with neighbouring West African countries and inadequate or lack of Skilled birth attendants. Matemal mortality and under-5 mortality is still very high. ThisDay newspaper quoted the Hon. Minister of Health as saying that the maternal mortality rate of about 512 per100,000 births is about the worst in the world.

READ
Encomiums As Adeniji Wins As The National NANNM President

“UNICEF in the report on situation of women and children in Nigeria reported that while the country represents 2.4 per cent  of the world’s population, it currently contributes 10 per cent of global deaths for pregnant mothers.

“The Federal Ministry of Health therefore needs to review some of the policies that are impeding progress in the health sector”.

Speaking on the theme of the conference” Nurses: A voice to Lead, Invest in Nursing and Respect the Rights to secure Global Health”, Awojide noted that nurses as a voice to lead is recognising the strategic position of nurses in the health sector and the need for them to be the mouthpiece for positive changes. “We are the engine room for health system. It also means active involvement in policies development and implementation”.

The Lagos NANNM Chairman further mentioned some of the grey areas in the practice which is inhibiting good healthcare for Nigerians, such as lack of adequate investment, overworking due to shortage of nurses, undervalue and underpayment, which has led many nurses seeking greener pastures abroad. Between 2019 and mid-2022, he said at least 4,460 nurses migrated from Nigeria to the United Kingdom(UK), an increase of 68.4 per cent  from 2,790 in March 2017 to 7,256 in March 2022.

He identified quackery in the profession as a big menace that should be dealt with. The greed by healthcare practitioners in private practice who want to make mega-profits through the use of cheap labour is responsible for the proliferation of quacks. Quackery is discrediting nursing education and soiling the reputation of healthcare  in Nigeria. He media men  to always verify the professional-qualification of an individual before going to the press or on air. “Many at times people that are not our members have been portrayed as nurses”, he asserted.

In restoring an improved healthcare system, he recommended some measures that can be adopted by the government such as incentives to become a nurse and remain in the profession, continuous and specialised training, low interest loans for housing, tax incentives, proper placement of nurses especially GLI0 as entry point as approved by the National Council on Establishment, availability of resources to work with, personalised official vehicles for directors of nursing services and apex nurses.

Speaking with Pharmanewsonline.com in an exclusive interview during the occasion, the association’s Secretary, Nr. Toba Odumosun expressed satisfaction with the theme and choice of speakers for the conference, saying it is time for nurses in Nigeria to demand their rights for adequate care and training, in order for them to deliver a healthy sector.

Also in a chat with the Publicity Secretary of the association, Mr. Adenike Akila, she reiterated the views of the chairman on adequate investment in nurses as the largest healthcare practitioners in the country, as well as the closest to patients, as they are always staying by patients bedside to offer optimum care to them.

She emphasised that if the suggestions put forward by Awojide are embraced by the federal and state governments, definitely there will be significant improvement in Nigeria’s healthcare indices. 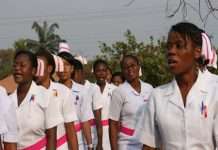 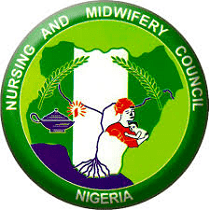 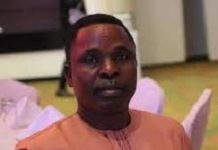