Speaking during the opening ceremony of the Annual National Conference of the Pharmaceutical Society of Nigeria (PSN) in Uyo, Akwa Ibom State capital, the Indian technocrat lamented that seeking treatment in foreign countries comes at a huge cost.

He further remarked that 80 per cent of renal problems in the country were related to counterfeit products usage.

“It is pertinent to note that at the point of medical advice; only 23 per cent of patients use government hospitals. While 15 per cent turn to pharmacists for assistance; 13 per cent make use of private clinics, 43 per cent resort to use of chemists/traditional medicine vendors/self medication and 6 per cent do not seek medication at all,” he stressed.

According to the WWCVL boss, for every 4,000 people there is only one physician in Nigeria as against 10 in the United Kingdom and America.

Narayan however noted that prevalence of fake drugs was a global phenomenon, adding that the World Health Organisation (WHO) estimates eight per cent of drugs sold around the world are counterfeits.

“Some African, South-East Asian and Latin countries have as high as 50 percent fakes in the market just as global counterfeit market estimates equally vary from $50 – $70 billion,” he noted.

The WWCVL MD also took a swipe at the chaotic nature of the drug distribution channel in the country.

“The present distribution system is modelled on a disorganised structure where an importer/manufacturer deals directly with wholesalers, semi wholesalers, retailers, hospitals and clinics,” he said.

The health expert remarked that the resultant implication of such arrangement is that it gives pharmacies very high investment but the running cost gives low return on investment.

“Secondly, it leads to variable prices of products in the same locality as well as compels all pharmacies to start stocking non-pharmaceuticals to attract customers and make ends meet,” he added.

READ
How regular visits to hospital save lives - Dr. Oladipupo

Narayan also expressed concern that if the importer-retailer chaotic distribution system is not curbed in time, it could either lead to depressed margins and distress sales (often termed ‘The Flood’), or overpricing, otherwise known as ‘The Famine.’

He was however optimistic that the new distribution chain proposed in the National Drug Distribution Guidelines would take care of the existing chaotic system.

The expert opined that Nigeria is a geographically diverse country with extreme climates that make distribution a critical function.

He further added that the long channel of distribution and high incidence of brand substitution makes it mandatory for a company to make all its stock keeping units (SKUs) available at all channels at all times which also ensures stable prices.

The WWCVL boss lauded the collective efforts of the PSN, federal ministry of health, Pharmacists Council of Nigeria (PCN) and the National Agency for Food and Drug Administration and Control (NAFDAC) at sanitising the health and pharmaceutical industry in Nigeria.

WWCVL, a subsidiary of Eco Health Limited, has, since inception in Nigeria, partnered with over 16 multi-national companies, maintaining 10 strategic distribution hubs scattered across the six geo-political zones, as well as servicing 144 wholesalers and depots nationwide.

Aside being a licensed vendor to all major healthcare providers in the country, it has also been described as a one-stop solution for warehousing, pharma marketing, supply chain, leads, delivery and sales, regulatory and port clearance, transportation logistics and inventory management. 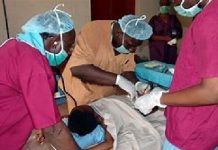