Director General of the National Agency for Food and Drug Administration and Control (NAFDAC), Prof. Moji Adeyeye, has called on Nigerian youths to shun use of hard drugs if they must live a fulfilled life.

The NAFDAC DG made the call while speaking at the National Essay Competition for Secondary Schools, organised to commemorate this year’s International Day Against Drug Abuse and Illicit Trafficking, by the Association of Community Pharmacists of Nigeria (ACPN), Drug Information Centre (DIC), at the Sickle Cell Centre, Idi-Araba, Lagos.

Adeyeye, who was represented at the event by Pharm. Clara Anyawu, regulatory compliance manager, NAFDAC, said the use of substances like cocaine, tramadol, codeine, marijuana, and other harmful substances have a more negative effects than most people think.

According to the NAFDAC boss, hard drugs trigger a number of vices, including armed robbery, kidnapping, raping, prostitution, and even health challenges like mental disorder, adding that there is also a high risk of liver and kidney diseases, cancer, and other terminal illnesses, saying many of those engaged in such practices will not only have their lives’ dreams cut short, but also become less contributory to the society.

Speaking in the same vein, National Chairman, Association of Community Pharmacists of Nivgeria, Dr Albert Kelong Alkali, and Registrar, Pharmacists Council of Nigeria, Pharm. N.A.E. Mohammed, who was represented by Pharm. Ezugwu, of Lagos Zonal Office, disclosed that drug abuse is one of the greatest challenges the country is facing presently, adding that there is no better time than now to start sensitising the younger ones about the dangers inherent in it.

“These children are our future; so the earlier we start protecting their future, the better for our nation, because by the time we leave, they are the ones that will take over,” Alkali said.

Speaking earlier, Pharm. Bukola Folorunsho, chairman, DIC-ACPN, explained that the International Day against Drug Abuse and Illicit Trafficking is an effort of the United Nations to strengthen action and spread awareness about drug abuse and illegal drug trade in the world, adding that it is an expression of determination towards the goal of achieving an international drug-free society.

According to her, the observance of International Day against Drug Abuse and Illicit Trafficking is very significant because there are many socio-economic and cultural issues related to illegal drugs and drug trafficking, adding that drug abuse results in perhaps the worst kind of health problems and has become a major crime in almost all the countries of the world.

Speaking on the theme of this year’s programme, “Listen First”, Folorunsho disclosed that listening to children and youths is the first step to help them grow healthy and safe.

“Given the increased incidence of drug abuse in the youth and kids, it is important to listen to them first. This initiative aims at increasing support for science-based prevention of drug use and invests more on the well-being of kids, youngsters and their families,” she advised.

According to her, parents and members of the society should not stop creating awareness among their children and youths on the dangers of drug abuse, adding that parents should monitor their children closely if they must effectively protect them from the menace.

READ
WHO Releases its First-ever List of Essential Diagnostics Tests 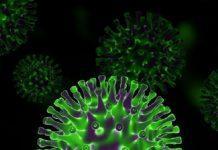