…..Says local anti-venom production can save over 3,700 peasants annually

Victims of snake bite in Nigeria are faced with very slim chances of survival as the prices of Anti-Snake Venom (ASV) have gone up drastically, the News Agency of Nigeria (NAN) reports.

A correspondent, who visited some snake bite treatment centres in Plateau, reports that the cost of treatment had risen drastically with many victims struggling to foot hospital bills.

NAN investigation revealed that a vial of ASV, which used to cost between N23,000 and N25,000, currently costs more than N45,000, almost double its former price. 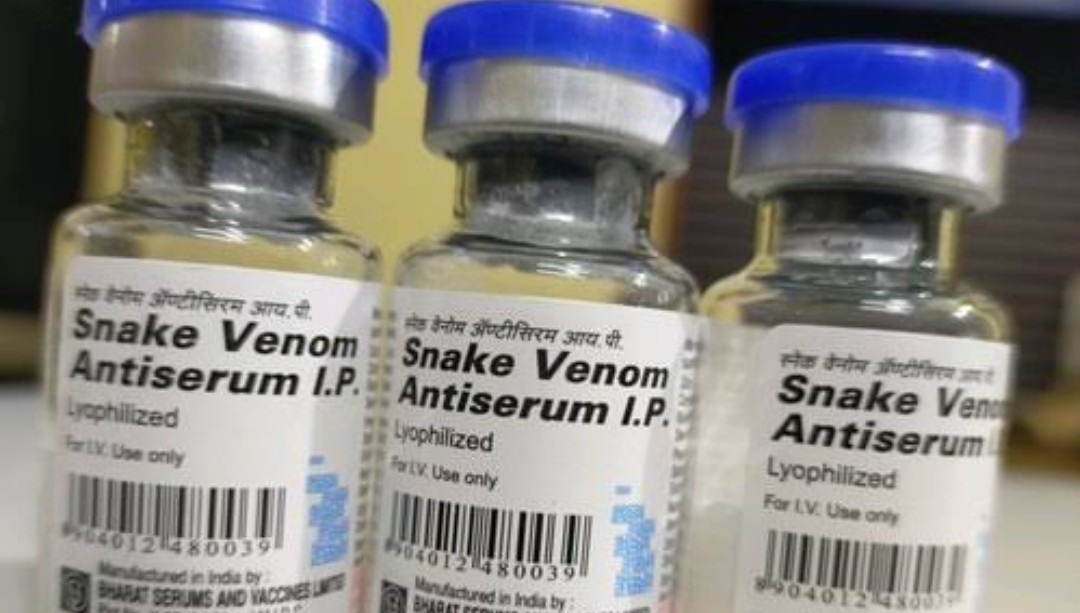 “It is a hard situation. It is particularly regrettable coming at a time when a high number of cases are being recorded.

“There are peak periods for snake bites – the heat season, planting and harvest time. We are entering the peak of harvest season, so the numbers are going up.

“We record about 50 cases per month; sometimes we get 20 cases per week. This month alone, we recorded about 40 and the month is not over yet,” he said.

Azi said that the snake bite victims in his health centre come from Benue, Taraba and Nasarawa States.

He added that the situation was worrisome as patients required four or more doses for standard treatment.

“The standard dose a patient requires is four vials of polyvalent or one vial of monovalent, while some patients require even more,” he said.

Azi regretted the high cost of treatment, adding that some patients had absconded from the hospital after treatment without paying for the drugs.

“Such abscondments lead to huge losses to the hospital,” he said.

He said that death was “almost certain and inevitable without the ASV”, especially since most of the victims were usually bitten by carpet vipers, the most common snakes in central Nigeria.

He disclosed that the ASV produced by ECHITAB remains the only potent vaccine for effective treatment.

The physician urged government to resume subsidising the ASV for victims to ease their sufferings.

“Government used to subsidise the rates of the ASV, but no one does that anymore. They have stopped. I want to urge them to resume the subsidy to reduce the suffering of the peasants in this area.

“Most of the snake bite victims are peasant farmers and children. The cost of treatment is too high and they can barely afford it.

Dr Nandul Durfa, Managing Director of ECHITAP, producers of the ASV potent for the treatment of bites from snakes in Nigeria, told NAN that the cost of the vaccines went up because of the rise in hard currency.

“The vaccine is produced in Liverpool in UK; the rise in the exchange rate of the Naira to the Pound Sterling has pushed up the local cost of the drug.

“The only solution is for Nigeria to begin the production of ASV locally. If we cannot do that, we’ll continue to suffer this persistent rise in the cost of this very crucial drug,” he said.

NAN recalls that the Minister of State for Health, Dr Olorunnimbe Mamora, recently said that an average of 20,000 cases of snake bites were recorded in Nigeria every year.

Mamora added that about 2,000 of such victims die from the menace annually, while 1,700 lose their legs or arms to the menace.

The minister, in an address to mark the 2021 International Snakebite Awareness Day, urged stakeholders to put heads together toward tackling the trend.

NAN reports that snakes bites, especially in the central and southern zones of Plateau and adjoining states such as Benue, Gombe, Nasarawa, have remained a common and worrisome trend over the years.

Various accounts from victims indicate that snakebites inflict a sustained psychological torment with significant level of mortality that result into attendant distortions in family and social structure.

Major effects of the menace include loss of breadwinners, prolonged hospital stay and incidental expenses, amputation, loss of income and productivity, among others. (NAN)