The need for a six-month exclusive breastfeeding for babies was re-echoed at the 2016 World Breastfeeding Contest organised by AfriBaby Initiative.

Speaking at the event, Mrs Fiju Iluyomade, a seasoned lawyer encouraged nursing mothers in attendance not to substitute the place of breastfeeding for cow milk.

Iluyomade urged the organiser of the annual event to continue pushing for companies and government parastatals to make room for a nursery where mothers can occasionally take a break to breastfeed their baby.

“Can breastfeeding change the world? Yes, it can! Exclusive breastfeeding, especially, has so many benefits. It makes the skin of a baby soft and robust. It reduces diarrhoea and provides natural immunity for the child,” she said.

Sharing a similar view, Prof Wale Oke, LASUTH chief medical director reiterated that there is no reason for anybody to replace breast milk produced by humans to that of a cow.

“Breast milk is quite essential for the smooth bonding of mother and child. The protein in it is natural and cannot be compared to inorganic milk which are mostly mixed with chemicals.

“When a mother breastfeed, ovulation is subdued thereby making it unlikely for her to be pregnant. The risk is minimal,” he said.

Oke, who came under heavy criticism after the celebration of 2015 World Breastfeeding Day for saying fathers should completely stay away from nursing mothers for the sake of infants, claimed that he was misquoted.

“I never mentioned that men shouldn’t have any intimate relationship with their wives during the weaning period. The press misquoted me. What I said was that fathers should not compete with babies over breast milk,” he interjected.

The highlights of the event witnessed two fathers competing over who can properly change babies diapers, clean up as well as dress up them up on time. The winner of that contest was Mr Segun Akintomiwa, a teacher in Joy-Marvy College, Iju Ishaga.

In the other category, Baby Afiyat Adewunmi emerged champion of the 2016 AfriBaby World Breastfeeding Contest. 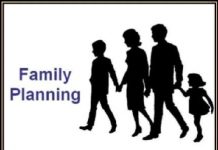 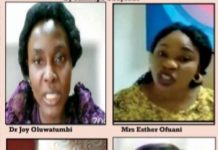 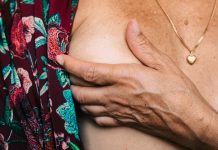