–Says drug was sold by quack

The Association of Community Pharmacists of Nigeria (ACPN) has condemned the attempt by some medical personnel to blame a pharmacist for the unfortunate incident that resulted in the death of 14-year-old Amina Ibrahim, in Dalla Local Government Council, Kano State, who suffered severe burns after allegedly taking two tablets of Co-trimaxole, a sulfa antibiotic.

The association noted during a press conference held at its national secretariat, Lagos, recently, that the said drug was purchased from an unregistered patent medicine store and was not sold by a pharmacist.

Stevens-Johnson syndrome, a form of toxic epidermal necrolysis, is a life-threatening skin condition, in which cell death causes the epidermis to separate from the dermis. The syndrome is thought to be a hypersensitivity complex that affects the skin and the mucous membranes. The most well-known causes are certain medications (such as aslamotrigine), but it can also be due to infections, or more rarely, cancers.

According to the national chairman of ACPN, Pharm. (Dr) Albert Kelong Alkali, the late Amina had taken the drug after complaining of catarrh, adding that she had returned to the store the following day with symptoms of a reaction which was perceived by the drug vendor as malaria and this prompted him to give her a sulfa-based anti-malaria which compounded the reaction resulting in the burning of her face and neck, which later degenerated into the Stevens-Johnson syndrome.

READ
Neglect of Snakebite Victims: Time To Rescue them from Death

Alkali, while urging Nigerians to patronise only registered pharmacies for their drug needs, condemned the action of the patent medicine store owner, saying he had no right to have stocked such drugs and should not have handled the reaction as it had gone beyond his scope.

“Patent medicine vendors are only stop-gaps where there is no pharmacy. Therefore, the emphasis now is that government must empower regulatory agencies like the Pharmacists Council of Nigeria (PCN) and the National Agency for Food and Drug Administration and Control (NAFDAC) to be able to do their work effectively.

“Also, I will advise that any matter relating to drug reactions which are deeply unpredictable should be referred to the appropriate experts on drugs, which are pharmacists. I also need to emphasise that drugs are poisons; when taken appropriately, there will not be problem, but when you take them inappropriately, you can be harmed. So, the case was purely drug mismanagement.”, Alkali said

Asked why it took so long for the association to issue a statement on the incident, the number one community pharmacist in the country said the incident happened at a time all community pharmacists and stakeholders in the industry were in Enugu for the 35th Annual National Conference of the ACPN, making it difficult to react immediately.

He added, however, that following a thorough investigation that revealed that the incident did not happen in a pharmacy and that the culprit was not a pharmacist, the association found it expedient to inform the nation that the allegation was false and that health professionals should be careful in their utterances, especially when it affects other professionals.

Speaking further, Alkali said in order to distinguish licensed pharmacists from charlatans, all registered members of the ACPN across the country must have the original pharmacy emblem with the Rx sign and erect it at their premises.

According to him, the Green Cross pharmacy emblem is a patented professional sign of the Pharmaceutical Society of Nigeria (PSN), registered with the Corporate Affairs Commission and placed under the ACPN, with the power of attorney to manage since 1976.

He added that the sign is a mark of identifying registered and pharmacist-owned premises since 1976.

Alkali, while emphasising that the association will not recognize any illegal emblem, disclosed that the Green Cross emblem is not new, as it had been in use since 1976.

“We are only trying to rebrand and repackage it and to let people know that the emblem is our symbol and, as such, it is compulsory that every member should have one and erect it at their premises.  The symbol shows members of the public where quality medicines and excellent pharmaceutical care and services are provided.

“It is of paramount importance to inform people that in line with the value of the emblem, the ACPN has restructured it and it is more aesthetically packaged. The emblem carries the serial number of PSN and any emblem different from the one from ACPN is regarded as fake, if mounted in any premises, and it shall be pulled down with a fine.

“The general public should take note that registered pharmacies can only be recognised by the presence of the Green Cross emblem and this should always be a reference for Nigerians when procuring pharmaceutical services and products,” Alkali said.

On the criteria for getting the emblem, the ACPN boss said the emblem is meant for pharmacist-owned premises that are registered with the Pharmacists Council of Nigeria (PCN), and that it is the responsibility of the association to verify membership before issuing out the emblem to any interested pharmacy.

We have given our members enough time to get this emblem and by the time the period elapses, we will think of the right punishment to be meted out to defaulters,” he said.

While appreciating the pressmen in attendance, the Director of Information Centre (DIC) for the ACPN, Pharm. Bukola Folorunsho urged them to help sensitise the public more on the danger of drug abuse and misuse, as well as the need to source their drugs from the right source.

She also urged them to work with the DIC in the area of information verification, saying only the centre can provide accurate information about the activities of the association to the public. 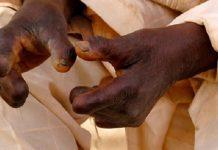 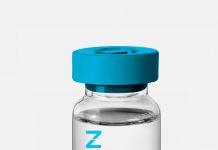