Following the fast spread of cancer across the globe, which claims over 8 million lives with over 14 million new cases recorded annually, scientists have identified a compound in Chili Pepper, which may slow down the metastasis of lung cancer.

The study found that capsaicin, the pungent compound in Chili Pepper, can successfully reduce the developmental process of lung cancer. Capsaicin, which is the chemical compound that gives chili peppers their pungent flavor, was found to stop lung cancer metastasis in rodents and cultured human cell lines. 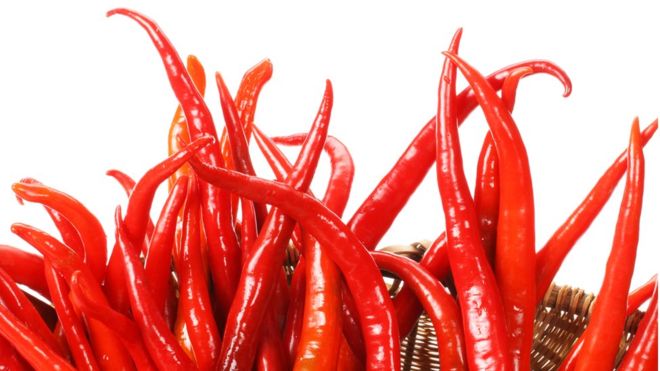 The World Health Organization (WHO) reported that 12.5 percent of all deaths are attributable to cancer and if the trend continues, it is estimated that by 2020, 16 million new cases will be diagnosed per annum out of which 70 percent will be in developing countries, where Nigeria belongs.

Investigating the nutritional content of Chili Pepper, a team of researchers from the Marshall University Joan C. Edwards School of Medicine in Huntington, sought to establish if chili pepper nutritional compound can hinder this process of metastasis of lung cancer.

To arrive at their finding, the team fed dime set of mice that are affected with lung cancer a meal that is rich with capsaicin and found that these rodents had a much smaller number of metastatic cancer cells in their lungs compared with those that did not receive the treatments.

According to the report, published on Medical News Today, members of the team presented their findings at the American Society for Investigative Pathology annual meeting in Orlando, Florida. And during the presentation, the researchers analysed how capsaicin works against cancer.

READ
Welcome to a Prosperous 2022, from All of Us @ Pharmanews

To affirm their claim on capsaicin, the researchers also stated that they tested capsaicin in three cultured lines of human non-small cell lung cancer cells and found that capsaicin stopped the first stage of metastasis, which is called “invasion”.

The researchers, however noted that they need to develop capsaicin analogs that would bypass its side effects. And it was also stated from the report that further cell experiments were conducted and found that capsaicin stopped metastasis in lung cancer by blocking the activation of the Src protein.

The team, made up of Dr Piyali Dasgupta, from the Marshall University Joan C. Edwards School of Medicine in Huntington; and Jamie Friedman, a doctoral researcher in Dasgupta’s lab, concluded their presentation with the statement noting that “Our results showed that capsaicin directly interacts with Src and inhibits Src activation to suppress the metastasis of lung cancer. The results of our studies may foster the development of novel anti-metastatic therapies for human lung cancer”