On 4th of February, Nigeria joined the rest of the world to mark ‘The World Cancer Day 2013.’

The 2013 edition of World Cancer Day is a special focus on Target 5 of the World Cancer Declaration 2008: Dispel damaging myths and misconceptions about cancer, under the tagline “Cancer – Did you know?”

Therefore, the primary aim of World Cancer Day 2013 is to clear the myth regarding cancer among the people who believed that there is no cure of cancer available. The fact is that, with improved technology, cancer has become easily manageable and side effects of the treatment have been reduced.

In Nigeria, as usual, government officials and commentators use the opportunity of the day to call attention to the increasing incidence of cancer in the country and steps to be taken to curtail the trend.

The Minister of Health, Prof. Onyebuchi Chukwu, in an interview, disclosed that the Federal Government is perfecting plans to include cancer screening and treatment as part of the services offered by the National Health Insurance Scheme (NHIS) and make the scheme mandatory.

Prof. Chukwu said that making the NHIS mandatory will help raise enough money to take care of cancer, as part of the diseases that are treated under the scheme.  He further added that the country is discussing with some foreign companies and encouraging them to come in, to establish factories to produce cancer drugs locally because “cancer drugs are very expensive.”  He said the government plans to encourage the companies by granting them incentives, and also purchase the cancer drugs in bulk for cancer centres.

Prof. Chukwu disclosed that the Nigerian government has been negotiating with the Global Alliance for Vaccine and Immunisation (GAVI) to make the three doses of cervical vaccine available for Nigerian girls for N1,600 only, adding that cervical cancer vaccination is yet to be included in the national immunisation schedule, to avoid overloading the scheme, which is already being stretched by the polio eradication efforts.

While we commend the efforts of the Federal Government, through the health ministry, especially the plan to include cancer screening and treatment under the NHIS, we, however, urge the government to take efforts to the tame cancer in the country beyond rhetoric.

According to the WHO, cancer is a leading cause of death worldwide; 7.6 million people died from cancer worldwide in 2008, and every year, almost 13 million cancer cases are diagnosed. More than two-thirds of cancer cases and deaths occur in developing countries like Nigeria.

Recent research suggests that, currently, a third of all cancer deaths are due to modifiable risks, including tobacco use, obesity, alcohol consumption and infections.  If detected early, many types of cancer cases, such as bosom cancer and cervical cancer can be cured.

Also, a recent WHO survey on national capacity for non-communicable diseases, which include responses from 185 countries, revealed major gaps in cancer control, and adequate budgetary provision to support implementation.

It is therefore urgent for the government to step in and help reduce cancer deaths, and provide appropriate treatment and care to avoid human sufferings.

Also, since prevention is better and cheaper than cure, it is important for the government to actively get involved in awareness campaigns, by collaborating with relevant NGOs and other partners.

A critical aspect of the campaign should be the offering of free cancer screening, because early detection of some cancers ultimately help in their management and cure.

It must also be stated that, while the efforts of the Federal Government to provide vaccines for some cancers through GAVI is commendable, government must work towards making adequate budgetary provisions for cancer vaccines a key component of our health plan.

This is because not many Nigerians could afford the vaccines. Spending money on vaccines to prevent cancers would, in the short and long term, be better than spending money treating the disease.

Therefore, the government must demonstrate its political commitment to fighting this destructive non-communicable disease by doing more on prevention through awareness campaigns and vaccine provision, as well as helping to reduce the cost of treatment. 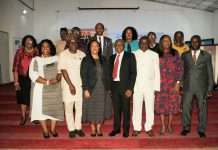