Online encyclopaedia describes bitters as an alcoholic preparation flavoured with botanical matter such that the end result is characterised by a bitter, sour or bittersweet flavour. It is a rich blend of medicinal herbs and roots that can cleanse the system and cure different ailments.

Reports over the last few decades constantly demonstrate the increasing use of herbal remedies in both developed and developing countries. Folake Olagunju in Business Watch reported that, currently, the Nigerian bitters market is estimated to generate over N32.2 billion annually. This is evidenced by the sudden proliferation of various brands of bitters from different companies. According to analysts, the growing market is as a result of the rising change in the taste of consumers.

In the past, the Nigerian market was dominated by only one brand of bitters which was imported into the country. Today, though this brand is still available, many locally made bitters have found their way and taken prominent positions in the Nigerian market, including community pharmacies. Interaction with some community pharmacists revealed that they only stock some selected herbal bitters that are listed by NAFDAC. So many other brands of bitters can be found in non-pharmacy outlets such as supermarkets, motor parks and among street traders and hawkers.

A study by Showande S.J. and Amokeodo O.S. of Faculty of Pharmacy, University of Ibadan, revealed that bitters contain complex carbohydrates, alkaloids, vitamins and minerals that have antioxidant, antiviral and antispasmodic properties. The study noted that the ingredients work together to reduce inflammation, control pain, relax muscles and improve digestion and elimination. This could explain the numerous claims of therapeutic benefits of bitters. Most bitters contain water and alcohol. The alcohol serves as a solvent for extraction and a preservative.

In the nationwide survey by NAN mentioned above, respondents narrated the different benefits of bitters according to their experiences. According to the respondents, bitters were taken to maintain good health, to clean and flush the body system, stimulate appetite, reduce blood sugar, cure back pain, pile, vaginal itching/toilet infection, relieve stomach upset, treat malaria, to trim down and lose weight, relieve stress and tiredness and generally to boost the immune system.

A gynaecologist reported that intake of bitters has nutritional value and could enhance fertility. A nutritionist also affirmed that bitters could aid digestion, reduce indigestive discomfort and improve the daily function of the digestive system. While some men use bitters to increase libido, some women use it to terminate unwanted pregnancies at its early stage. However, a pharmacist in Jos warned that these claims for bitters have little or no scientific evidence to support them.

There are reports that bitters may cause dehydration and damage to intestinal linings. There is also the possibility of addiction to the alcohol content of the bitters. Those who consume them excessively are likely to die young. Other possible adverse events reported for bitters a survey include liver damage, kidney failure, anaemia, arteriosclerosis, irregular heart rhythms, increased menstrual flow, mild abdominal pain and diarrhoea.

There appears to be no regulation or control with regards to consumption of bitters in Nigeria. There are reports that while some consumers take specified doses, others may actually drink the entire contents of a 200ml bottle once. Advertisements and the low price make bitters attractive to consumers.

Opportunities abound in the cultivation, sourcing, production, sales, distribution, regulation, education, monitoring and, of course, research on bitters in Nigeria. 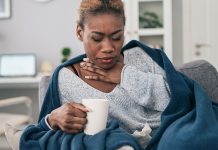 Get Rid of Sore Throat Using these Six Remedies