It may sound gross, but paying attention to your bowel movements is actually pretty important. Your bowel habits are a strong indicator of your digestive health. Changes in the colour, shape and texture of your poop can reveal signs of infection, digestive issues or more serious health problems, such as cancer.

But how can you determine if your poop is healthy? Michael Cheng, a gastroenterologist, answers this probing question.

“A healthy poop is usually considered a soft, formed bowel movement that is typically brownish in colour. Poop may be indicative of a health problem if someone notices a change in their bowel habits with constipation or diarrhea, or notices a change in colour of their stools. There may also be a problem if a person has signs or symptoms of not feeling well, which could include abdominal discomfort, nausea, change in appetite or change in weight” says Dr Cheng.

Poop that is hard and shaped like tiny rocks or pebbles is likely just a sign of constipation. You can still be considered constipated even if you are able to pass a small amount of stool.

A change in poop colour is one of the most common concerns patients ask about. The foods you eat and the kind of bacteria living in your colon can both cause such changes and added food colourings are frequent culprits. This is one reason why patients preparing for a colonoscopy are instructed to avoid food and beverages with certain added colours the day before.

Most changes in the colour of stool are not cause for concern. The exception is poop that appears black or bloody, which could signal other problems with the digestive system.

The most common cause of black and tarry poop is taking iron supplements or a medication containing ingredients that causes change in your digestive system. However, it could mean you’re losing blood somewhere in your gastrointestinal tract, such as in the stomach or small intestine.

If you have poop that appears oily, has a greasy consistency and is difficult to flush, it could be a signal that your body is not able to properly digest fat. The consistency changes could be caused by an infection, nutrients not being digested due to celiac disease or a problem with the pancreas, such as pancreatic cancer or pancreatitis.

Stool that is only occasionally very thin is not a cause for concern. It is likely due to muscle contractions in the large intestine as it helps to concentrate waste.

If there is a sudden and consistent change in your stool always being thin, it could mean there is a blockage in your colon, and you should see your doctor.

Why does poop smell so bad?

But there is poop that smells worse than bad — and that’s where you want to pay attention.

Foul-smelling poop is often connected to unwanted bacteria taking up residence in your gut and upsetting your usual digestive process, says Dr Christine Lee, a medical doctor of Cleveland Clinc. That strong smell is often in conjunction with diarrhea, too.

Symptoms should clear up quickly if the smell is because of something you ate. If the issue lingers, though, touch base with your healthcare provider to see if there’s an underlying medical condition behind the smell.

Is it good to pay attention to your output in the bathroom?

Absolutely. But it’s also not something that demands constant, thorough review. You’ve been pooping your whole life. When something’s wrong, you’ll definitely know. 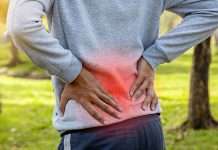 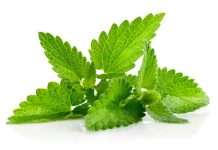