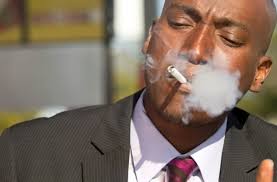 Policies to control tobacco use, including tobacco tax and price increases, can generate significant government revenues for health and development work, according to a new landmark global report from WHO and the National Cancer Institute of the United States of America. Such measures can also greatly reduce tobacco use and protect people’s health from the world’s leading killers, such as cancers and heart disease.

But left unchecked, the tobacco industry and the deadly impact of its products cost the world’s economies more than US$ 1 trillion annually in healthcare expenditures and lost productivity, according to findings published in The economics of tobacco and tobacco control. Currently, around 6 million people die annually as a result of tobacco use, with most living in developing countries.

“The economic impact of tobacco on countries, and the general public, is huge, as this new report shows,” says Dr Oleg Chestnov, WHO’s Assistant Director-General for Noncommunicable Diseases (NCDs) and mental health. “The tobacco industry produces and markets products that kill millions of people prematurely, rob households of finances that could have been used for food and education, and impose immense healthcare costs on families, communities and countries.”

Globally, there are 1.1 billion tobacco smokers aged 15 or older, with around 80% living in low- and middle-income countries. Approximately 226 million smokers live in poverty.

The monograph, citing a 2016 study, states that annual excise revenues from cigarettes globally could increase by 47%, or US$ 140 billion, if all countries raised excise taxes by about US$ 0.80 per pack. Additionally, this tax increase would raise cigarette retail prices on average by 42%, leading to a 9% decline in smoking rates and up to 66 million fewer adult smokers.

“The research summarized in this monograph confirms that evidence-based tobacco control interventions make sense from an economic as well as a public health standpoint,” says the monograph’s co-editor, Distinguished Professor Frank Chaloupka, of the Department of Economics at the University of Illinois at Chicago.

The monograph’s major conclusions include:

READ
Being HIV Positive Does not Make Us Less Human – President, NEPWHAN

Dr Douglas Bettcher, WHO Director for the Prevention of NCDs, says the new report gives governments a powerful tool to combat tobacco industry claims that controls on tobacco products adversely impact economies. “This report shows how lives can be saved and economies can prosper when governments implement cost-effective, proven measures, like significantly increasing taxes and prices on tobacco products, and banning tobacco marketing and smoking in public,” he adds.

Tobacco control is a key component of WHO’s global response to the epidemic of NCDs, primarily cardiovascular disease, cancers, chronic obstructed pulmonary disease and diabetes. NCDs account for the deaths of around 16 million people prematurely (before their 70th birthdays) every year. Reducing tobacco use plays a major role in global efforts to achieve the Sustainable Development Goal of reducing premature deaths from NCDs by one-third by 2030. 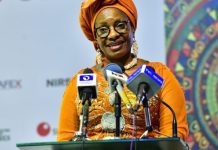 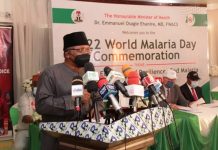