Traditional medicine has a long history. It is the sum total of the knowledge, skills and practices based on the theories, beliefs and experiences indigenous to different cultures, whether explicable or not, used in the maintenance of health, as well as in the prevention, diagnosis, improvement or treatment of physical and mental illnesses (WHO, 2000). It includes diverse health practice, approaches, knowledge and belief, incorporating plants, animals, and/or mineral-based medicines, spiritual therapies, manual techniques and exercises applied singularly or in combination.

READ
One in nine deaths due to heart failure-Research

The terms, complementary/alternative/non-conventional/folk/indigenous/natural medicine, are used interchangeably with traditional medicine in some countries. Out of these terms, perhaps only indigenous medicine and traditional medicine have the same meaning as folk medicine (NCCIH, 2016). Folk medicine consists of the healing practices and ideas of body physiology and health preservation, known to some in a culture, transmitted informally as general knowledge, and practiced or applied by anyone in the culture having prior experience (Acharya, Deepak and Shrivastava Anshu, 2008).

Indigenous medicine is generally transmitted orally, through a community, family and individuals, until “collected”. Within a given culture, elements of indigenous medicine knowledge may be known by many, or may be gathered and applied by those in a specific role of healer, such as a midwife (Acharya and Anshu, 2008).

Natural medicine is any form of healthcare that depends on the body’s healing powers. It could also be any substance used in an unadulterated state to manage a condition or evoke a desired change in a person’s physical or mental status (Segens medical dictionary, 2002). The term complementary and alternative medicine is used in some countries to refer to a broad set of healthcare practices that are not part of the country’s own tradition and are not integrated into the dominant health care system (Qi, 2017). If a non-mainstream practice is used together with conventional medicine, it is considered “complementary.” If a non-mainstream practice is used in place of conventional medicine, it is considered “alternative.”

The WHO notes, however, that “inappropriate use of traditional medicines or practices can have negative or dangerous effects” and that “further research is needed to ascertain the efficacy and safety” of several of the practices and medicinal plants used by traditional medicine systems (Qi, 2017).

The WHO has supported, promoted and assisted the development of traditional medicines in a bid to move Africa health agenda forward, particularly for the less developed countries of the world. This philosophy was reinforced at the Alma Ata Declaration of 1978 on Primary Health Care (PHC). 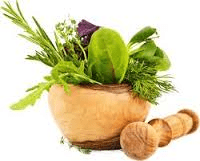 Complementary, Alternative, or Integrative Health: What’s In a Name? available at https://nccih.nih.gov/health/integrative-health. accessed 28/7/17.