The discovery of Mycobacterium Tuberculosis, the bacteria that causes tuberculosis, was announced on 24 March, 1882, by Dr Robert Koch. The announcement came at a time when tuberculosis was killing one out of every seven people living in Europe and the United States. Today, Koch’s discovery is seen as the most significant step taken towards the control and elimination of the deadly disease.

A hundred years after Koch’s discovery, 24 March of every year was designated “World Tuberculosis Day” for the education and enlightenment of the public on the impact of tuberculosis around the globe.

The term, “tuberculosis”, was coined by John Schonlein in 1834, even though it was believed that Mycobacterium Tuberculosis might have existed for as long as three million years before then. In ancient Greece, TB was known as “phthisis”, just as it was known as “tabes” in ancient Rome; while the ancient Hebrews knew it as “schachepheth”.

In the 1700s, it was called “the white plague”, largely because of the pale colouration of patients. In the 1800s after Schonlein named it, TB was popularly known as “consumption” or “Captain of all these men of death.”

A disease that affects both animals and humans, TB has been reportedly found in the bones of ancient bison by archaeologists in Wyoming, USA. The bison were said to have lived for 17,000 years. Still found in many animals in the United States, including cattle and deer, Bovine TB (Mycobacterium Bovis) can also be transmitted from animals to humans. Every year, nearly one million cattle are tested for the disease. Cattle which come in contact with wildlife that carry TB are most likely to be infected.

The human history of TB dates back to 9000 years ago in Atlit Yam, a city now under the Mediterranean Sea, off the coast of Israel. According to archaeologists, TB was found in the remains of mother and child buried together. However, the earliest written mentions of TB were in India (3,300 years) and China (2,300 years).

While TB was responsible for 25 per cent of all deaths throughout the 1600s and 1800s, the same scenario played out in the United States. The first published report on TB was in New York in 1893. This development was the result of the efforts put in by Dr Hermann Biggs, who convinced the New York City Department of Health and Hygiene that doctors should report TB cases to the health department.

When a TB outbreak occurred in the 1800s in New England, there were speculations that the first family member who died of the disease usually came back as a vampire to infect other members of the family. These “vampire panics” forced families who lost members to dig up the suspected vampire and perform a special ritual to ward off further infection.

On 24 March, 1882, Robert Koch announced his discovery that TB was caused by a bacteria in his presentation, “Die Aetiologie der Tuberculose”, at the Berlin Physiological Society conference. The discovery of the bacteria proved that TB was an infectious disease, not hereditary. In 1905, Koch would go on to win the Nobel Prize for Medicine and Physiology.

Today, TB is globally known as an airborne infectious disease, transmitted when a person with the disease coughs, speaks, or sings. When a person is diagnosed with TB disease, a contact investigation is done to find and test people (like family members) who may have been exposed to the infection. People diagnosed with TB disease or latent TB infection are then treated.

All over the world, TB is the 13th leading cause of death and the second leading infectious killer, after COVID-19 (above HIV/AIDS). In 2021, an estimated 10.6 million people fell ill with tuberculosis worldwide (6 million men, 3.4 million women and 1.2 million children).

TB is present in all countries and age groups. Nigeria is ranked as one of the high-burden TB countries in the world and contributed 4 per cent of all TB cases in 2017, placing her in the 6th position globally, in terms of percentage contribution.

The TB bacteria can live in the human body without causing illness or symptoms. This is when the person’s body is able to fight the bacteria, making it incapable of causing damage to the body system. This is known as latent TB infection.

Many people who have latent TB infection never develop TB disease. In these people, the bacteria remain inactive for a lifetime, without causing disease; whereas in a person whose immune system is weak or compromised, the bacteria becomes potent enough to cause sickness. This is the reason most people with HIV/AIDS suffer from tuberculosis disease. 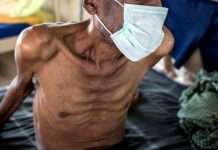