Adewale Sule-Odu, a professor of obstetrics and gynaecology at Olabisi Onabanjo University Teaching Hospital (OOUTH), Ogun State, has warned pregnant women against untreated infections and douching, saying when women are pregnant and have infection, it depletes the lactobacillus in the vaginal environment and thus putting the foetus at risk of contracting the infection.

Sule-Odu, who was a former deputy vice-chancellor of OOU, spoke with journalists at a presentation of research findings with the theme “Vaginal Microflora in Pregnant Women Attending Olabisi Onabanjo University Teaching Hospital and the Implication on Foetal Outcomes”, explained that the prevalence of bacterial vaginosis is high in pregnant women in Nigeria and thus should not be assumed to be non-existent.

Speaking further, he said that the vagina is not a sterile organ, as it has its own normal flora, adding that the presence of these bacteria does not indicate infection, as they only serve to protect the organ from harmful pathogens.

He added that contrary to what many people think, douching or the use of soap to wash the vagina does not make it clean, saying it rather destroys the normal flora of the vagina and thereby doing more harm than good.

READ
Zika Vaccine on its way- WHO

He added further that every woman has normal vaginal discharge, which is expected to be clear, scanty, odourless and not associated with itching, saying using soap, and all forms of solutions to clean the vagina, is not necessary, even after having sexual intercourse, as the vagina is a self-cleansing organ.

The distinguished scholar also noted that aside from douching, women generally, and pregnant women in particular  must desist from other similarly unhealthy habits, such as dipping the fingers hands into the vagina, as bacterial infection could be transmitted from the fingers into the vagina, thereby depleting the level of lactobacillus in the vagina microenvironment.

According to the scholar, the purpose of the event was to present findings on a study conducted on pregnant women during their ante-natal period and early labour on the effect of lactobacillus and bacterial vaginosis, saying lactobacillus generally is a normal flora of the vaginal environment saddled with the main function of preventing the proliferation of pathogenic microbes, thereby protecting the environment and keeping it safe.

Presenting the findings, Sule-Odu, who was the principal investigator in the research, disclosed that pregnant women are encouraged to visit the hospital once they suspect vaginal infection, for proper diagnosis that will ensure they receive the right treatment, adding that an untreated vaginal infection could portend dangers for the foetus.

Recommending Klovinal, a product by Seagreen Pharmaceuticals, which was used in the course of the research, as a trusted pessary in the treatment of vaginal infections, Sule-Odu said the pessary contains Clotrimazole, Metronidazole and Lactobacillus spores, which are indicated for the treatment of vaginitis – both fungal and bacterial, such as vulvovaginal candidiasis, bacterial vaginosis and trichomoniasis.

The university don, who added that Klovinal is a drug of choice for vaginitis, said it restores a healthy vaginal floral, adding that the drug was the only antibiotic that met their requirements when they were in dire need of a product to use in the course of the study.

READ
We Have Helped Many Pharma Faculties with Books – MD, Alrange Books

“Klovinal has three constituents –Lactobacillus spores, Clotrimazole and Metronidazole, hence it gives symptomatic relief to affected patients while also re-establishing the normal healthy flora in the vaginal microenvironment. Klovinal is actually the only product of its kind that has all these unique attributes in one,” he said.

According to the VC, who was represented by the deputy vice-chancellor, Administration, Prof. Ebun Oduwole, the study was one of the 19 research proposals approved out of the 22 submitted to the Tertiary Education Trust Fund (TETFUND), adding that it was a giant stride for the university as it had showcased its transparency and accountability when it comes to grants.

Also speaking at the event, Brand Manager of Seagreen Pharmaceuticals Limited, Pharm. Aje Akinyele, noted that Klovinal is a brand of polyactive pessaries which has a spectrum of antimicrobial activity that covers the three most prevalent forms of vaginitis, which are bacterial vaginosis, vaginal candidiasis, and trichomoniasis, making it suitable for empirical or syndromic management of vaginitis including mixed infections. 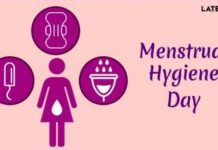