In Nigeria, hills of waste have become perpetual features of the landscape in major cities. It is estimated that Nigeria generates an average of between 32 to 42 million tons of solid waste on annual basis, the highest in Africa. Out of this volume, only between 20 to 30 per cent are collected and properly disposed. The deployment of appropriate waste disposal strategy is a major challenge in the country and even the continent.

Improper collection and disposal of municipal waste is leading to an impending environmental ruination as the country currently lacks adequate budgetary provisions for the implementation of integrated waste management programmes across the states.

In most cities in Nigeria, residents adopt self-help strategies to discard their household and industrial wastes – despite the existence of waste management authorities in every state in the country – including burying and burning of waste, or dumping on the streets and drainages. It is estimated that up to 80 per cent of residents in most Nigerian cities dispose their waste illegally. 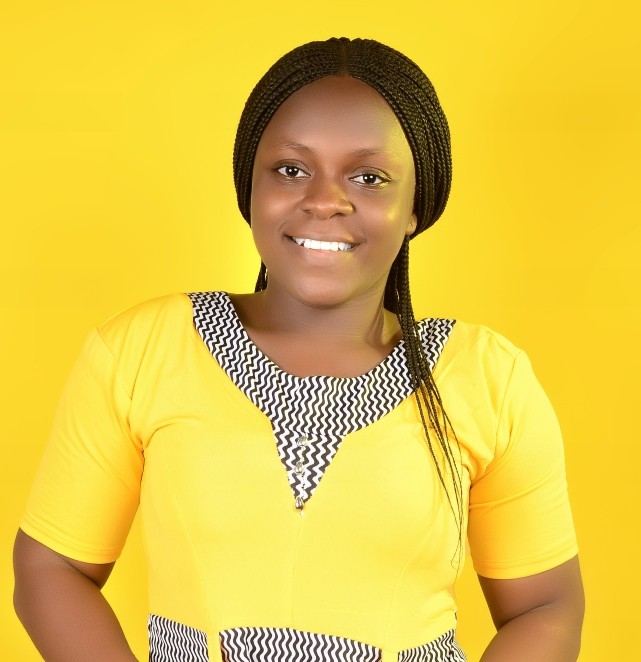 The generation of waste and the collection, processing, transport and disposal of waste—the process of  “waste management”—is important for both the health of the public, aesthetic and environmental reasons. Waste is described anything discarded by an individual, household or organisation. As a result, waste is a complex mixture of different substances, only some of which are intrinsically hazardous to health.

Municipal solid waste (MSW) consists of many different things, including food and garden waste, paper and cardboard, glass, metals, plastics and textiles. This is also generated by commercial and industrial organisations, although large volumes of chemical and mineral waste are produced in addition, depending on the sector. Agricultural waste comprises mainly slurry and farmyard manure with significant quantities of straw, silage effluent, vegetable and cereal residues. Most of this is spread on land. Certain types of waste are defined as hazardous because of the inherent characteristic to cause harm (e.g. toxic, explosive).

There is no doubt that given the diversity of material coming under the heading of waste, there is considerable potential for hazardous exposure to occur through waste management. High levels of contamination of air, soil and water in a few well publicized situations have led to widespread unease about the potential health effects of waste management processes, particularly within communities living in proximity to relevant sites.

Some waste will eventually rot, but not all, and in the process it may give off offensive odours or generate methane gas, which is combustible and contributes to the greenhouse effect. Leachate produced as waste decomposition may cause pollution. Badly-managed landfill sites may attract vermin or cause litter.

The population living near landfill sites is highly exposed to high levels of many of the toxic substances, such as cadmium, arsenic, chromium, nickel, dioxins and PAHs, some of which are considered to be carcinogenic. In addition to carcinogenicity, many of these substances can produce other toxic effects (depending on exposure level and duration) on the central nervous system, liver, kidneys, heart, lungs, skin, reproduction, etc.

For other pollutants, such as SO2 and PM10, air pollution studies have indicated that there may be effects on morbidity and mortality at background levels of exposure, particularly in susceptible groups such as the elderly. Chemicals such as dioxins and organochlorines may be lipophilic and accumulate in fat-rich tissues of the human body and have been associated with reproductive or endocrine-disrupting endpoints.

Reproductive effects associated with landfill sites have been extensively researched and have been found to have given rise to low birth weights (less than 2500 g), foetal and infant mortality, spontaneous abortion, and the occurrence of birth defects.

A UK study found significantly elevated risks for several defects, including neural tube defects, hypospadias and epispadias, abdominal wall defects and surgical correction of gastroschisis and exomphalos. Although there was a tendency for a higher risk in the period before opening compared with after opening of a landfill site, for several anomalies.

A small (12 per cent) statistically significant risk of congenital malformations was associated with maternal proximity to a site which increased with off-site chemical leaks. Significant associations were found for pesticides with musculoskeletal system defects, metals and solvents with nervous system defects, and plastics with chromosomal anomalies.

Gastrointestinal, oesophageal, stomach, colon and rectal cancer have also been significantly reported. Many of the studies investigating health outcomes other than birth defects and reproductive orders and cancers have been community have been reported.

The health problems investigated include respiratory symptoms, irritation of the skin, nose and eyes, gastrointestinal problems, fatigue, headaches, psychological problems and allergies. Dumping of refuse, sewage, waste materials close to the stream and rivers may contaminate the water with microorganisms and heavy chemicals, hence affecting the freshwater ecosystem due to toxicity. If such water is not treated and is swallowed it may cause gastroenteritis, cholera, and other life-threatening diseases. If used to bath it may cause skin irritation such as Swimmer’s itch as well as eye, ear and throat infections.

Poor waste handling and disposal can lead to environmental, air and water pollution, which encourages the breeding of disease-vector insects, animal scavengers and rodents resulting in a range of diseases through different routes of exposure such as faeco-oral and soil transmitted mechanisms.

Dumping of plastics in traffic can result in blockage of sewers, drainage networks, and choking of water bodies. In raining season these plastics will prevent the flow of water, leading to flood which causes loss of lives and properties. An example is the major flood incident reported at Omiyale, Ibadan, Nigeria, due to indiscriminate disposal of waste.

Various diseases outbreaks like cholera in some northern states are as a result of environmental pollution caused by open defecation and environmental hazards. Dumping of refuse or waste illegally predisposes us to health risks, including COVID-19.

Pollutants associated with incineration are particles, acidic gases and aerosols, metals and organic compounds and exposure to these increases overall mortality and emergency hospital admissions, particularly cardiovascular and smog effects (asthma, emphysema, chronic obstructive pulmonary diseases) mortality and morbidity. Air pollutants have a negative impact on plant growth, primarily through interfering with resource accumulation. Once leaves are in close contact with the atmosphere, many air pollutants, such as O3 and NO2 affect the metabolic function of the leaves and interfere with net carbon fixation by the plant canopy.

Air pollution is harmful to human health and also can harm pets and wildlife. Air pollution causes the formation of acid rain, which raises pH (a measure of acidity) in rivers and streams and destroys plants and trees. It can also cause climate change, deterioration of fields and extinction of animal species.

Lack of adequate and free flowing drainage(s) results in increased breeding of mosquitoes and if exposed to mosquitoes one may get infected with the plasmodium organism and eventually come down with malaria.

Some of the problems plaguing efficient waste management in Nigeria include the proliferation of unplanned settlements, traffic congestion, insecurity, and ignorance.

The greatest challenge however, is to eliminate the effects of factors which might relate to both health outcome and environmental exposure, such as age, ethnicity, gender, socio-economic or deprivation status, smoking, access to health care and occupational history.

What is the way forward?

Given the rate of population growth, industrialisation, and urbanisation, forward-looking and effective waste management plans need to be set in motion for the protection of public health. Such plans must involve all stakeholders, including the waste generators, the private sector, the informal sector, and regulatory agencies.

Community participation towards waste collection and source level segregation for individuals are a vital role for managing municipal waste. Public participation will be the major role for collection of waste at source level and its treatment processes are effective and efficient with urban waste management authorities. Individuals and communities must take responsibility and ensure the environment is kempt.

Environmental sanitations must be enforced. Plastics should be picked up from the streets, communities, and drainages. Waste recycling which involves the collection of waste materials, their processing or manufacture into new products, and the purchase of those products, which may be recycled should be improved on and in so doing there will be more job opportunities.

Health workers and hospital cleaners must be provided with training and proper enlightenment on how to handle and dispose clinical waste and its direct impacts on infection control.

Nylons containing waste (medical, agricultural, commercial and industrial) should be tied, stored, and kept safe in dustbins, and should not be exposed to rodents and cats, and disposed appropriately to the designated bodies or authorities.

Waste management enlightenment should be made available to the public via radio jingles and TV series in all languages for effective communication. Waste management personnel should ensure standard operating procedures are carried out upon collection and disposal of waste. The federal and state government should enforce and implement laws to achieve a cleaner, conducive and habitable environment.

Liquid wastes, which can be disposed of via sewer networks or lost to ground water, and hazardous wastes, will require tighter environmental controls, because of their potential to cause environmental harm.

The most important reason for waste collection is the protection of the environment and the health of the population. Since factors such as population increase, communities lead to increase waste generation, efforts should be directed towards making projections far ahead in order to ensure that new and existing settlements are adequately planned so as to accommodate possible increase in the volume of waste generation in future. Effectively planning ahead will prevent indiscriminate disposal and other harmful practices so as to prevent the build-up of open dumps and breeding ground for rats and other vermin which poses health risk.

Acting on the above suggestions will afford an enlightened population, thus leading to decreased transmission of infections, diseases. Holistically, unnecessary consumption of medications (most especially antibiotics) will be prevented, and personal hygiene is improved.