Experts have emphasized the need for the consumption of natural foods than processed foods and snacks, in order to cut the risk of obesity.

According to the WHO release, obesity, high blood pressure and diabetes are major predisposing factors to the condition. “Obesity is a potent risk factor for the development of kidney disease. It increases the risk of developing major risk factors of Chronic Kidney Disease (CKD), like diabetes and hypertension, and it has a direct impact on the development of CKD and end stage renal disease (ESRD): in individuals affected by obesity, the kidneys have to work harder, filtering more blood than normal (hyperfiltration) to meet the metabolic demands of the increased body weight. The increase in function can damage the kidney and raise the risk of developing CKD in the long-term.

The good news is that obesity, as well as CKD, is largely preventable. Education and awareness of the risks of obesity and a healthy lifestyle, including proper nutrition and exercise, can dramatically help in preventing obesity and kidney disease”. 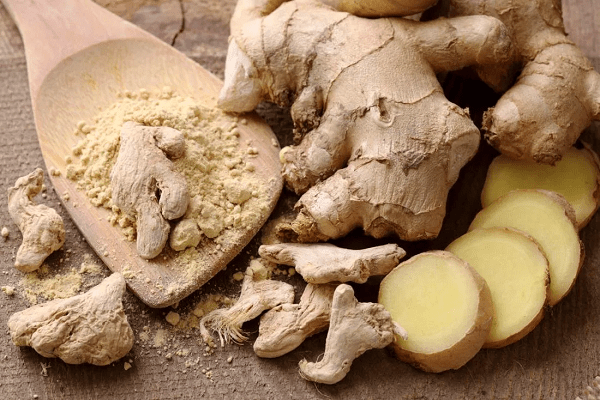 Contrary to the previous year statistics which indicated that 17,000 kidney failure cases are diagnosed annually in Nigeria, with less than 2,000 patients with access to dialysis, and a ratio of 1 nephrologist to 1million persons, the WHO has predicted that by 2025, obesity will affect 18% of men and over 21% of women worldwide, and that severe obesity will affect 6% of all men and 9% of all women around the world.

As it is evidently obvious that the  incidence of kidney disease is rising by the day,  this year World Kidney Day is aimed at educating people about the harmful consequences of obesity and its association with kidney disease, advocating healthy lifestyle and health policy measures that make preventive behaviors an affordable option.

How Watermelon, Ginger and Garlic serve as natural remedies for kidney disease

There are three reasons why watermelons are good for treating kidney disease. Firstly, they are low in potassium and phosphorus, which are two minerals that dysfunctional kidneys can have problems balancing. Secondly, they are comprised of approximately 92 percent alkaline water, which helps flush the urinary system of accumulated toxins (watermelon fasts can even dissolve kidney stones). Lastly, they help the liver to process ammonia and deliver it to urea, thus easing the strain on the kidneys while ridding the body of excess fluids.

Unlike asparagus and garlic, watermelon is high in natural sugars. For this reason, people with diabetes-sourced kidney disease should be careful not to consume too much of it on a regular basis.

Garlic has long been considered one of nature’s greatest disease fighters due to its impressive concentrations of the sulfur compound allicin. A proven antibacterial, antimicrobial, antiviral, antifungal and antioxidant, allicin is well-known for treating two of the main conditions that cause kidney disease, namely diabetes and high blood pressure. However, several studies have shown that this pungent and aromatic herb could be even better for our kidneys than previously thought.

One study published in Pharmacological Reports in 2008 discovered that garlic could significantly reduce kidney damage associated with mercury chloride exposure in laboratory animals (mercury chloride is a potential carcinogen used in disinfectants, batteries, insecticides and many other products to which humans are regularly exposed). Another study, published in Food and Chemical Toxicology in 2001, found that garlic in low doses could enhance the antioxidant status of the kidneys, thus protecting them from the cell-damaging effects of free radicals.

Findings of an animal study published in Food Chemistry found that ginger could help protect against kidney damage, a condition said to threaten one in three diabetics.

The new study assessed the effects of ginger on the blood antioxidant levels and kidney health of diabetic rat models.

Dehydration as also been identified as one of the causative factors of renal failure. Thus experts have advised on the need to be drinking adequate clean water per day- 10 glasses per day, to enhance regular body metabolism, and daily flushing of toxins from the system.

Following the above natural remedies, I think prevention of renal failure is much more affordable. What is your take please?