Director General of the World Health Organisation, Tedros Ghebreyesus has predicted that the COVID-19 pandemic would end in the year 2022. He made this revelation at a press briefing on Wednesday, adding that it was exactly two years ago that the new global threat emerged while people were gathering for New Year eve’s celebrations. 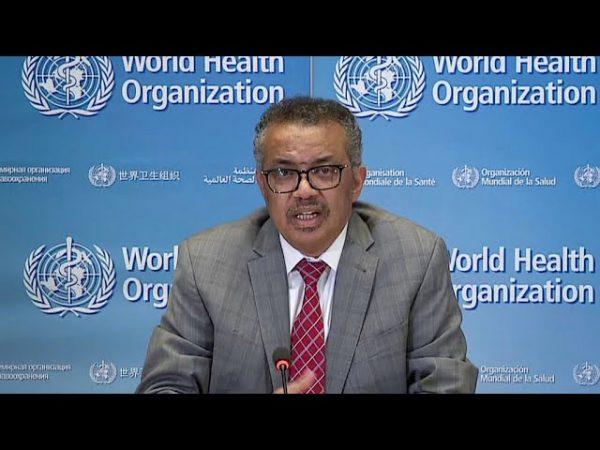 The Delta and Omicron variants, till now, have continued to cause rising infections leading to more deaths and hospitalisations. According to Ghebreyesus, he has been “highly concerned” that Omicron, which is more transmissible, is circulating rapidly at the same time as Delta, leading to “a tsunami of cases”.

READ
THE SABOTEUR OF SUCCESS

In 2020, WHO had challenged leaders, during the meetings of the biggest global economies – the G7 and G20, to ensure the vaccination of 40 percent of their populations, by the end of 2021 and 70 percent by the middle of 2022.

Unfortunately, 92 out of 194 Member States missed the target, with only a couple of days left in the year.

The Apex health organization attributed the sad development to the fact that low-income countries received limited supplies for most of the year while subsequent doses arrived close to their expiry, without necessary parts like syringes.

“Forty percent was doable. It’s not only a moral shame; it cost lives and provided the virus with opportunities to circulate unchecked and mutate”, said Ghebreyesus.

He also warned that boosters in rich countries could create a scenario where low-income countries would again fall short. He therefore called on leaders of wealthy countries and manufacturers to work together to reach the 70n percent benchmark by July, 2022.

“This is the time to rise above short-term nationalism and protect populations and economies against future variants, by ending global vaccine inequity. We have 185 days to the finish line of achieving 70 percent, by the start of July, 2022. And the clock starts now”, he said.

Though he commended some successes achieved in the process, like the development of new vaccines, which he described as “scientific masterclass”, he also bemoaned the fact that politics often triumphed over solidarity.

READ
Declining Cases of Coronavirus: Not Yet Uhuru

“Populism, narrow nationalism and hoarding of health tools, including masks, therapeutics, diagnostics and vaccines, by a small number of countries, undermined equity and created the ideal conditions for the emergence of new variants”, he added.

According to him, “Misinformation and disinformation have also been a constant distraction, undermining science and trust in life-saving health tools”.

The WHO chief called for greater understanding and collaborations among nations, saying that it would be “a key pillar” of a world better prepared to deal with the pandemic.

“I hope to see negotiations move swiftly and leaders to act with ambition”, he said.