The real reason behind the blindness of ten patients of the National Eye Centre, Kaduna, has been revealed by the National Agency for Food and Drug Administration and Control (NAFDAC) through the report of the laboratory investigation conducted on the use of Avastin injection.

The agency in a statement released at the weekend, disclosed that the use of Avastin injection at the National Eye Centre was an off-label use, as it contradicted the manufacturer’s instruction on the label, and negated NAFDAC’s approval for the product, which was not registered for treatment of eye ailments.

“Therefore, the use of Avastin injection at the National Eye Centre was an off-label use, i.e., it is not indicated on the label by the manufacturer or approved for treatment of eye ailments by NAFDAC”.

It will be recalled that last week the Senate had called on NAFDAC to suspend the use of the injection, following a motion sponsored by Aishatu Dahiru and seven other senators, which stated that the product has led to the blindness of ten patients of  the National Eye Centre, Kaduna.

According to a PremiumTimes report, Dahiru, had argued that Avastin injection was meant for cancer treatment, and the same drug was being used at the National Eye Centre, Kaduna, for eye treatment. She further made reference to the report of The New York Times on August 31, 2011, on the use of the injection, which made patients lost their eyes after it application as eye treatment.

The senator narrated how the ten patients had visited the Centre in Kaduna on May 28 unaided to complain of poor eyesight due to cataract and other minor ailments. But shockingly, the lawmaker said the patients went blind after taking an eye injection at the centre.

While the victims were kept under the care of the hospital as at 2nd July, 2019 (thirty-three days after the incident) with little or no improvement, NAFDAC waded in and took the drug for a test, and the result of the investigation revealed that the Avastin injection conforms to quality specifications. 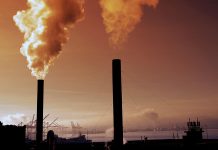 Pollution Behind 1 in 6 Global Deaths in 2019: Study Finds