An Oncologist, Dr Patrick Omogbohun, has advised women to regularly check their cancer status by going for a check-up and eating healthy foods.

Omogbohun, also the Medical Director of a medical centre in Ejigbo, Lagos, stated this in an interview with the News Agency of Nigeria on Wednesday.

He said women must refrain from “living in self-denial”, as such attitude had made many present cancer cases late.

Cancer is a disease in which abnormal cells divide uncontrollably and destroy body tissue, which can form in the woman’s breasts, in the cervix, which is the lowermost part of the uterus, or in the prostate, the small walnut-sized gland that produces seminal fluid. 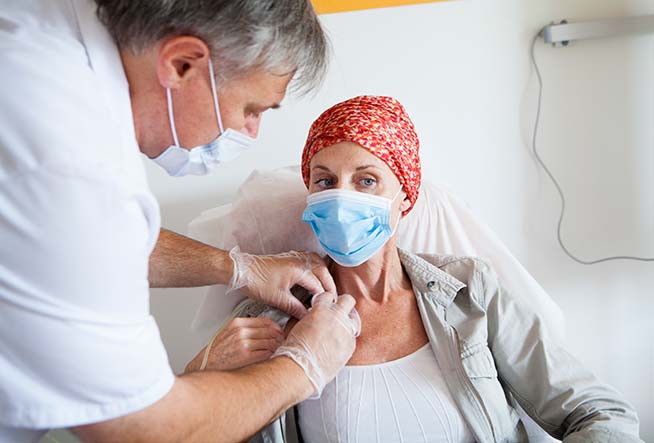 According to the doctor, the late presentation of cancer is a huge challenge to treatment.

The oncologist, who noted that the lack of awareness on cancer of the breast and that of the cervix was another huge challenge, stressed the need for increased enlightenment and for women to know the symptoms for early detection.

He added that “one of the problems we are facing here is the late presentation of cancer cases to the hospital, be it cancer of the breast or the cervix. Another thing is that women are not conscious of their breasts.

“Knowing your health status will help you to manage it, especially when there is a problem.

“The best way to tackle the disease is early detection through check-ups, such as the mammogram, sonogram, and pap smear.

“Early detection increases the chance of survival and preserves lives.”

He then recommended the use of a device called Sensor Pad for breast self-examination.

According to him, the sensor pad helps in the early detection of lumps.

He explained that “the device is to assist a woman during breast self-examination and to be familiar with her breasts.”

Quoting the latest WHO data, Omogbohun said that “every day in Nigeria, 32 women die of breast cancer, 28 women die of cervical cancer, 16 men die of prostate cancer, and 14 die of liver cancer.”

He emphasised that creating awareness and early detection through regular screening were key to survival.