It’s that time of the year again when all efforts are geared towards stemming the tide of the deadly monster of viral hepatitis. A laudable initiative of the World Health Organisation, it is debateable if stakeholders across the globe are keying into the vision of the apex health institution, as many member countries are yet to reduce their burden.

One of those countries yet to significantly eliminate its load of the viral disease is Nigeria, which still emerged among the 11 countries with about 50% of the global weight of chronic hepatitis. Countries in this group are Brazil, China, Egypt, India, Indonesia, Mongolia, Myanmar, Nigeria, Pakistan, Uganda, and Viet Nam.

Although the WHO has hinted on its plan to publish the profiles of 28 countries on World Hepatitis Day 2017, it noted that despite many challenges, the global effort to eliminate hepatitis is gaining ground. However, major obstacles still remain.

According to a Consultant Gastroenterologist with the Lagos University Teaching Hospital, Idi-Araba, Lagos, Dr. Olufunmilayo Lesi, Nigeria has one of the highest prevalence of hepatitis B infections in the world.

The expert asserted that with a national prevalence of 10 per cent, no fewer than 20 million Nigerians were living with the disease.

Lesi said, “Hepatitis B is very common in Nigeria. The national prevalence is between 10 and 15 per cent. That means that about 20 million Nigerians are living with Hepatitis B.

Having its theme as “Eliminate hepatitis”, the activities of this year’s World Hepatitis Day is to build and leverage political engagement following official endorsement of the Global Health Sector Strategy on viral hepatitis at the World Health Assembly 2016.

Highlighting the need for a greater global response as outlined in the WHO’s Global hepatitis report of 2017, it was stated that viral hepatitis is a major global health problem and needs an urgent response. 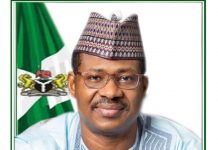