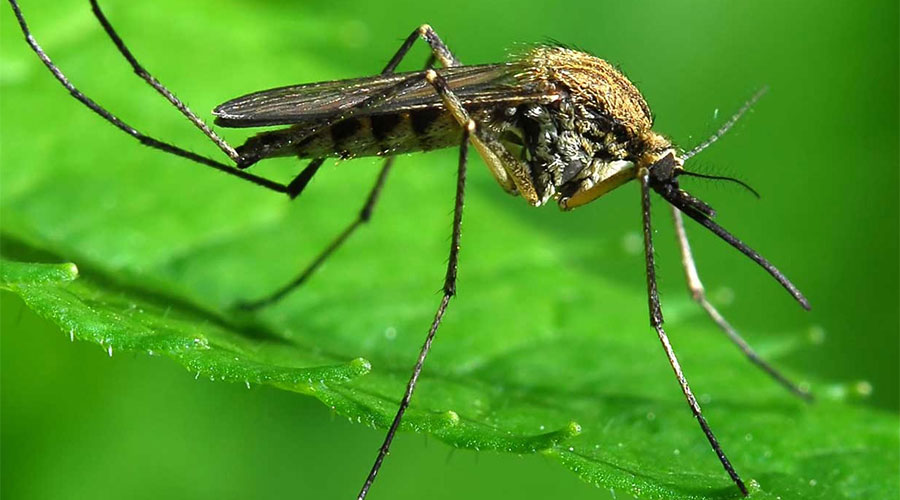 The Federal Government has called on Nigerians and other relevant stakeholders to collaborate effectively to eliminate mosquito hazards across the country.

The Minister of Environment, Mr Mohammed Abdullahi, made the call while commemorating 2022 World Mosquito Day in Abuja on Monday.

The theme of the WMD was “Harnessing Innovation to Reduce the Disease Burden and Save Lives”.

Abdullahi also urged individuals, family and community members to imbibe the preventive measures by keeping waste materials and junks away from village squares.

According to him, Nigerians should ensure that their environment is clean and healthy, using wire mesh to reduce mosquito entry into living room and bedrooms.

He said they should also not keep derelict or disused materials in and around dwellings; regular cleaning and removal of waste and junk materials should be done.

“Essentially, people should endeavor to seek assistance of trained Environmental Health Practitioners on best ways of handling Mosquitoes and other animal disease vectors generally,’’ he said.

The minister said that the ministry would ensure working with both national and local government levels on matters of disease vectors control, to attain the goal of eliminating Mosquitoes scourge.

“This is to identify mosquito harborage, mosquito infestation surveys in domestic, commercial and industrial premises and ensure reporting of activities accordingly.

“Our resolve on this cause will no doubt be accomplished without the support and collaboration of the private sector; we will continue to engage with them,’’ he said.

According to the World Health Organization (WHO), Nigeria has the world’s highest malaria burden with an annual reported cases of 55 million and 207,000 deaths.

“It is also estimated that nearly 173 million Nigerians are at risk of being infected.’’

The minister said that several efforts had been made internationally, nationally and locally to combat the malaria scourge.

He added that recently President Muhammadu Buhari inaugurated the Nigeria End Malaria Council (NEMC), and mandated it to ensure successful implementation of the programme.

He said that the ministry was solidly behind the president in achieving the onerous target set for the NEMC which was quite achievable with the right implementation of strategies utilising collaboration.

He said interventions would be based on the resolve of the president’s administration to ensure the protection of the health of Nigerians and in the spirit of one health.

The Minister of Health, Dr Osagie Ehanire, said that the ministry placed a strong importance on interventions that would limit the vector-human contact towards protecting people from the diseases.

Ehanire said more than 30 Anopheles species of mosquitoes had been reported across the five geo-ecological zones in Nigeria.

“One reason why the mosquito has thrived across all parts of the country is its ability to breed and proliferate under unusual conditions.

“The ministry, in recognition of the importance of this critical vector and the diseases it transmits, established the Integrated Vector Management Branch within the National Malaria Elimination Programme.

“The essence of the programme is to coordinate all efforts to mitigate the impact of the diseases.

Ehanire said the objective of the National Malaria Strategic Plan was to seek to improve access and utilisation of vector control interventions to at least 80 per cent of targeted population by 2025.

“Some of the vector interventions being deployed include mass distribution of Insecticide Treated Nets (ITNs) on the principle,” he said.

The minister said that the NMEP, in collaboration with partners, has established 29 entomological surveillance sentinel sites across the country.

He said the purpose of the establishment was to monitor the vector behaviour and insecticide resistance patterns across the different ecological zones of the country.

He said that Nigeria had been profiled for critical locations where Indoor Residual Spraying was urgently required with about 25 states.

The minister, however, called on public to support the malaria elimination efforts, adding that a large part of the implicating factors rested on human attitudinal change.

“Simple actions like keeping our immediate environment clean, ridding our surroundings of refuse and unwanted receptacles, screening out windows and doors will suffice.

“Also, sleeping inside insecticide-treated bed nets every night will go a long way in curbing the malaria menace as well as other mosquito-borne diseases,” he said.

Australia to Legalise Magic Mushrooms for Medical Use

Tattooing of Eyebrows Can Cause Infections, Keloid, Dermatologist Says

Over 4.7m Anambra Residents Treated for NTDs in 2022 – Commissioner