Antimicrobial resistance (AMR) is one of the biggest public health challenges of the 21st century. It threatens the effective prevention and treatment of an ever-increasing range of infections caused by bacteria, parasites, viruses and fungi.

For many years, there have been many research efforts to address this growing threat to public health but none has been as impactful as the groundbreaking DNA sequencing technologies for clinical diagnostics, developed by Dr Yemi Adesokan, an award winning Nigerian research scientist and entrepreneur.

Adesokan has several years of experience in the development and optimisation of multiplex capture and high throughput genome sequencing technologies. Indeed, According to medical experts, Adesokan’s discovery has potential to change the way mankind responds to disease pathogens, and may bring an end to the era of increased burden of drug resistance in the world, particularly in sub Saharan Africa. This is especially as his innovation is also being used to screen a range of harmful pathogens found in water, livestock and food manufacturing.

In 2011, at the aged of 34,  Adesokan was listed by Technology Review, an independent media company owned by the Massachusetts Institute of Technology (MIT), USA, as one of the recipients of the TR35 Award of world’s top innovators. The TR35 Award recognises the world’s top innovators in the fields of energy, medicine, computing, communications, nanotechnology, and other emerging fields. Past recipients of the award have include Mark Zuckerberg (Facebook), Sergey Brin (Google), and Konstantin Novoselev (Nobel Laureate in Physics).

Adesokan was born in Lagos in 1977. He grew up in Okupe Estate Maryland, Lagos and had his primary education at Maryland Convent Private School, Lagos. In 1989 he was admitted to Command Day Secondary School Ikeja for his secondary education where he graduated in 1994. In 1996, Adesokan relocated to the United States for his tertiary education. he obtained a degree in Biology in 2001 from the University of Houston where as an undergraduate researcher he predicted the first HIV-Integrase/Viral DNA binding pattern.

Thereafter,  he went on to obtain a PhD in Theoretical Chemistry from the University of California, Irvine, where he worked on the development of new force-fields for bio-molecular modelling as part of his doctoral thesis.

Adesokan had his post-doctoral fellowship in Genetics at Harvard Medical School where he worked in the lab of Prof. George McDonald Church, a world renowned geneticists and pioneer in genomics.

As a postdoctoral fellow at Harvard Medical School,  Adesokan and his supervisor, Prof. Church pioneered the development and implementation of the BioweatherMap project, an initiative aimed towards the collection and use of real-time assays to track and limit viral outbreaks and antimicrobial resistance in the developing world.

Antimicrobial resistance (AMR) is the ability of a microorganism (like bacteria, viruses, and some parasites) to stop an antimicrobial (such as antibiotics, antivirals and antimalarials) from working against it. As a result, standard treatments become ineffective, infections persist which increases the risk of spreading to others. According to WHO, more than 700,000 people around the world die annually from diseases caused by bacteria that have developed antimicrobial resistance. In 2016 almost half a million people developed multi-drug resistant TB globally. The World Health Organization also estimates that if current trends continue, the problem could kill 10 million people every year by 2050, making antimicrobial resistance more dangerous than diabetes, tuberculosis and HIV/AIDS combined.

In 2009 Yemi Adesokan partnered with Prof. Church to establish Pathogenica Inc. with the goal of developing commercial applications of DNA-sequencing technologies, particularly to find solutions to the growing public health of antimicrobial resistance. This led to the production of the first DNA-sequencing test kits for clinical diagnostics which help physicians to screen for multiple diseases with accurate results and a rapid turnaround. This reduces the occurrence of patient mortality arising from misdiagnosed infections.

To identify pathogens today, scientists must use expensive DNA tests (PCR techniques) or culture/grow the microbes from a sample — a slow process for identification of microbes. This process is not only prone to error but also often fail to detect small differences in DNA that can have a huge impact on the organism’s virulence and resistance to drugs. Adesokan’s innovation works by selecting specific regions of a pathogen’s genome, such as the genes involved in its ability to infect its host, and sequence many of these regions simultaneously. This process minimises the amount of DNA sequencing involved. As a result, Adesokan’s approach is quite cheaper, faster, and more precise than other DNA tests methods.

Adesokan’s firm (Pathogenica Inc.)’s initial efforts focused on detecting the microbes that cause urinary tract infections. Its test kit detects the 12 most common nosocomial infections such as Acinetobacter baumanii, Enterobacter cloacae, Enterobacter aerogenes, etc. The kit also detects common drug resistance genes, among others. The company has developed other applications of its technology, including a test to help control antibiotic-resistant infectious diseases such as MRSA (methicillin-resistant Staphylococcus aureus) that are acquired in hospitals. Because the technology can detect small changes in DNA, it may be able to reveal early on if microbial infection in a patient is developing resistance to a drug.

Adesokan has been repeatedly recognised for his innovative and pioneering work with awards such as the 2012 Boston Business Journal 40 under 40 award. The award recognises 40 business and civic leaders, all under the age of 40, who are the “best and brightest” and who are “making an impact on Massachusetts’ industries.

As earlier noted, he was also recognised by Technology Review, an independent media company owned by the Massachusetts Institute of Technology, (MIT) USA as one of the TR35 Award of World top innovators in 2011. 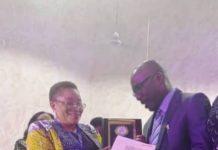 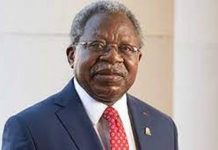