Tens of thousands of people marched through central Madrid on Sunday to demand an end to the cutbacks and privatization affecting the region’s crisis-hit public health care services.

Banging drums and chanting slogans, the protesters packed the main boulevard running past the city’s El Prado museum as part of a so-called Marea Blanca, or ‘white tide’ demonstration that drew 30,000 people, according to a regional government spokesman.

Primary care services in the Madrid area have been under huge pressure for years due to a lack of resources and staff, forcing more people to turn to hospital emergency departments which are now overwhelmed with patients in a situation with echoes across Spain.

This week, the SEMES emergency service workers association said Madrid’s A&E departments had seen a “10 to 20 percent” increase in patients while the ADSP, which also represents health professionals in Madrid, said 300 people were waiting in corridors for a bed.

At the march, dozens of people held up a huge banner reading: “No to cuts and privatization and yes to health care and public services.” Others held up placards demanding the resignation of the region’s right-wing leader Isabel Diaz Ayuso and saying “Healthcare cuts are a criminal act.”

“The situation in Madrid is unsustainable due to the intentional neglect and privatization policies implemented by Ayuso and her government, the results of which can be clearly seen in the current state of emergency departments,” the ADSP this week, urging people to join the march.

“We cannot continue with an insufficient number of hospital beds, which is worsening every year with the reduction of beds in public centers and the diversion of public money to private centers.”

The demonstration comes amid a wave of strikes over public health care shortages across Spain, with strike action planned or threatened in at least eight of its 17 regions.

In Madrid, primary care doctors and pediatricians resumed an indefinite strike on Thursday that began on November 21 but was suspended a month later for the Christmas break.

The Amyts doctors’ union said it was resuming the strike after talks with the regional health care ministry failed. 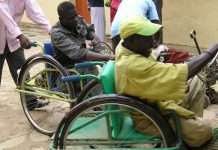 Persons with Disabilities Call for Inclusion in Creative Industry 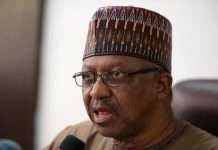 WHO Has not Informed Us of Deadly China Flu – Ehanire