Health experts have often recommended regular exercise and sporting activities as a means of enhancing overall health, including strengthening the heart and improving blood circulation. This increased blood flow is said to raise the oxygen levels in the body, which helps to lower the risk of heart diseases and heart attack.

Especially cited for such health benefits are racket sports/games, which are said to be great at increasing life expectancy. This is due, in part, to their social dimension, but also perhaps because they are physically challenging and require balance and mental strategy, along with certain visual and spatial elements.

Of the recommended racket games, however, tennis (also known as ping pong) takes the lead in guaranteeing optimal health. For instance, a study of Korean women aged 60 and older found that playing table tennis, improved their cognitive function more than walking, dancing, or resistance training.

Also, a study of inactive older adults in rural Utah, United States, found out that pickleball (similar to tennis) improved their vertical jump (a marker of mobility) and cognitive performance, and there was a decrease in self-reported pain.  Participants in the study also reported a desire to keep playing pickleball even after the study was over.

Most remarkably, a study conducted by the Copenhagen City Heart Study (CCHS), reported that playing tennis increased life expectancy, by adding almost a decade to the lives of the players. Titled “Various Leisure-Time Physical Activities Associated With Widely-Divergent Life Expectancies: The Copenhagen City Heart Study”, the objective of the study was to evaluate the differential improvements in life expectancy associated with participation in various sports.

About 8,577 participants were used as the sample for the study. The researcher carried out a follow up on all the participants for up to 26 years, between October 10, 1991, and March 22, 2017. Relative risks were also calculated, using Cox proportional hazards models, with full adjustment for confounding variables. Within the period, Multivariable-adjusted life expectancy gains, when compared with the sedentary group for different sports show that tennis added 9.7 years to the life expectancy of the player while other sports added far lesser years.

Similarly, a study carried out in 2020, by Spring K.E., Holmes M.E., and Smith J.W., with the title, “Long-term Tennis Participation and Health Outcomes: An Investigation of ‘Lifetime’ Activities”, concluded that tennis provided opportunities for participation throughout the lifespan and was linked with lower risk of cardiovascular disease, obesity, and depression.

The objective of the study, published in September 2020, was to consider the influence of chronic tennis participation on various parameters of health. In the study, members of the International Tennis Federation (ITF) completed a survey, consisting of questions from the International Physical Activity Questionnaire (IPAQ), the Behaviour Risk Factor Surveillance System (BRFSS), the Satisfaction with Life Survey (SWLS), and specific tennis participation questions.

A total of 151 adults, who were tennis players and affiliated with the International Tennis Federation, participated in the study, which was approved by the Institutional Review Board at Mississippi State University. At the end of the study, findings showed that the majority of the participants reported having overall better health. The study also indicated that regular tennis participation may provide beneficial health outcomes throughout the life course.

About 10,000 tennis players were used as a sample for the study, at the end of which it was discovered that playing tennis helps 97.7 percent of the participants to manage their health. The study also revealed that the average mean body mass index (BMI) of players used in the study was 24.8 kg/m2, which falls within the healthy weight range.

“This is one of the largest studies to date on recreational tennis players and it certainly confirms the many positive health benefits of tennis,” said Colvin.

Tennis is one of the most popular sports that being enjoyed across the globe. It is a game played on a rectangular-shaped court, which can be one of many surfaces. It is either played with two players (singles match), or four players (doubles match). Players stand on opposite sides of the net and use a stringed racquet to hit the ball back and forth to each other. To win a point, all one needs to do is to hit a ball that the opponent can’t return.

Tennis was started as a recreational game but now being played at competitive levels and also lucrative. Historians claim to have found evidence of tennis being played in ancient Greece culture. However, modern tennis game was said to have been developed from a 12th century French handball game called “paume” (palm). At that time, the ball was struck with the hand but after some time, “paume” game produced handball “jeu de paume” (game of the palm) which started using racquets.

Tennis as we presently know it, is dated to 1870 in England. The end of the 19th century saw the introduction of clay, then hardwood flooring and, much later, the “hard” courts with concrete or acrylic surfaces. Women’s participation in competitive tennis also came quickly: they were already competing at Wimbledon in 1884.

Tennis is one of the major competitive sports in the Olympics.  As a matter of fact, when anyone mentions tennis today, some names readily come to mind as professional players and those names will obviously include Andy Murray, Novak Djokovic, Roger Federer, Serena Williams, Iga Swiatek, Caroline Garcia and Aruna Quadri of Nigeria, to mention but a few.

Today, there are several tennis competitions all over the world, with professional players participating. Some of such competitions include the US Open in the United States, the Australian Open in Australia, the French Open in France, the Wimbledon in UK, and the Italian Open in Rome. In Nigeria, there is the Lagos Open, also known as the Davnotch Senior Open Tennis Championship.

The implication is that tennis has become not just a confirmed life-expectancy extender but also a lucrative endeavor for those who can play it at competitive levels. 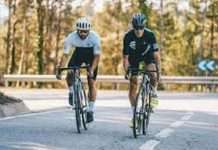 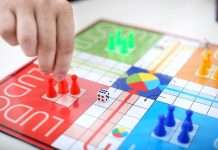 Boost Your Mental Alertness With Ludo 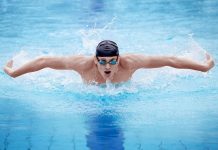