Waterleaf is one of those green leafy vegetables rich in fibre, protein and has various vitamins necessary for human healthy diet. It is a good source of some important minerals such as magnesium, calcium, sodium, phosphorus, iron, potassium; as well as antioxidants.

Scientifically named Talinum triangulare, waterleaf is an herbaceous perennial plant that is native to Mexico. It is an all-season vegetable that is extensively grown in many countries in Asia, South America, Central America and West Africa.

In Nigeria, it is widely cultivated and consumed in the Southern part, particularly in Cross River and Akwa Ibom State. The demand for waterleaf is high in these states, and it is therefore a major source of income for farmers. 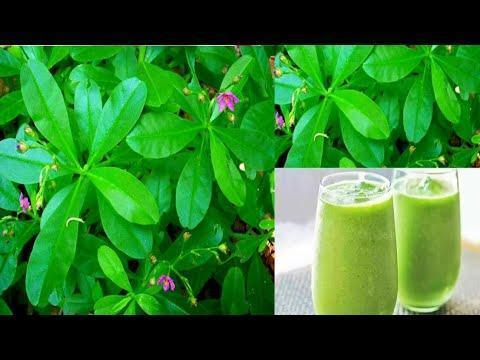 Its high demands are attributed to its nutrient value and importance as a “softener” when cooking the common fibrous leafy vegetables such as Afang (Gnetum africana).

Research done by students from University of Calabar, supervised by Dr Otobong B Iren has revealed the medicinal and nutritional values of waterleaf. According to them, it acts as green forage for rabbit feed management, adding that waterleaf production provides a complementary source of income to small scale faming households.

Waterleaf is a shade loving leafy vegetable grown throughout the year, it can also grow in fully exposed localities, but the plants remain small. Growth is most profuse when water content of the soil is close to field capacity

Furthermore, another study published in the Journal of Research Gate revealed the benefits of the consumption of this vegetable for health.

Some of the benefits are listed below:

Promotion of healthy heart: Waterleaf, when consumed on a daily basis, perform a key role in maintaining the body system.

It helps to keep the heart healthy by regulating its activities; it also helps in reducing the risks of heart-related diseases (e.g. stroke) by adequately supplying the right amount of blood and oxygen to the necessary areas.

Improves the blood cell: The crude protein contained in waterleaf is an important supplement both in quality and nutritional perspective which play a very important role in the human blood cell. It generally helps in improving both the red and white blood cells.

Eases indigestion: Study shows waterleaf helps to reduce constipation and aid the proper digestion of food. For those who suffer from indigestion are advised to eat freshly and softly cooked waterleaf soup as it helps make the stomach enzymes act on already existing food particles as well as prompts you to empty your bowels.

Eliminates infection and diseases: The consumption of this vegetable is often prescribed locally for the treatment and prevention of health conditions like malaria (when mixed with other vegetables or ingredients). For more effective results, the leaf should be squeezed to extract the juice and taken orally.

Aids weight loss: Waterleaf aids weight loss diet due to the amount of fibre content in it and should be taken on a regular basis; either used in a salad or steamed to a certain temperature. The fibre content makes the stomach fuller thereby eliminating the chances of craving for more food. Its water content also helps in this case, which puts it among the list of vegetables to be added in our daily meals for proper weight loss management.

Supports the Liver: Liver diseases remain a major cause of death all over the World. Scientists examined the impact of methanol extract of Talinum triangulare on the liver and blood, they found out that the leaves are effective for treating liver diseases. It lowers the concentration of the enzymes in the blood.