Nigeria on Monday reported 675 new cases of the novel coronavirus, according to the Nigeria Centre for Disease Control.

The new cases bring the country’s total reported cases, since February, to 20,919. 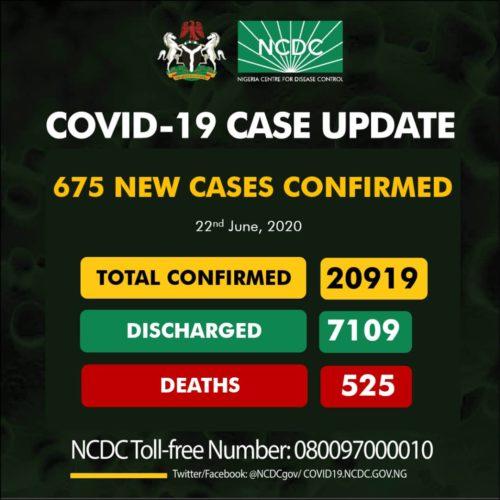 According to the health agency, 7,109 patients have been successfully treated and discharged while 525 have died as a result of the virus.

In Monday’s report, Lagos state recorded the highest number of new cases with 288 and Oyo was second with 76.

According to the NCDC report for the day, seven new deaths were recorded in Nigeria, with no new state recording any infection.