Although there is no diet cure for arthritis, certain foods have been shown to fight inflammation, strengthen bones and boost the immune system. If you suffer from arthritis, ease painful symptoms by eating plenty of foods and ingredients that naturally reduce inflammation.

Green tea has been the subject of much health buzz in recent years, and with good reason. Compared with regular black tea, green tea looks weak and insubstantial. But this mild-mannered drink contains a natural antioxidant called epigallocatechin-3-gallate (EGCG) not found in black tea. Studies suggest that EGCG works to stop the production of certain inflammatory chemicals in the body, including those involved in arthritis. Preliminary research suggests that EGCG and other catechins in tea may prevent cartilage from breaking down, possibly helping to preserve joints longer.

In addition to healthy monounsaturated fats, olive oil contains a natural compound called oleocanthal which may help prevent arthritis-related inflammation. This compound blocks the same inflammatory pathways as ibuprofen and aspirin, medications commonly used to fight arthritis pain. I recommend using olive oil when cooking instead of vegetable oil or butter (substitute in equal or lesser amounts). If you’re also trying to lose weight to manage your arthritis, incorporate olive oil but be stingy with the amounts since all fat (including healthy fat like olive oil) is high in calories. For the highest antioxidant content, choose “extra virgin” olive oil; and note that the stronger the taste, the higher the amounts of oleocanthal the oil is likely to have.

The carotenoids are a group of powerful antioxidant nutrients found in many fruits and vegetables. The best known is beta carotene (found in foods like cantaloupe, sweet potatoes, pumpkin, carrots, kale, butternut squash, and spinach), but its sister carotenoid, beta-cryptoxanthin, may also reduce the risk of developing inflammation-related disorders, including rheumatoid arthritis. Researchers have found that people who ate diets high in beta-cryptoxanthin were half as likely to develop a form of inflammatory arthritis as those who ate very few; in fact, adding just one additional serving each day of a food high in beta-cryptoxanthin helped reduce the risk. Some of the best foods for beta cryptoxanthin include winter squash, pumpkin, persimmons, papaya, tangerines, red peppers, corn, oranges and apricots.

READ
COVID-19: Nigeria Surges to Highest in Over 4 Months with 404 Cases

Vitamin C is one of the nutrients most responsible for the health of collagen, a major component of cartilage. In addition, research suggests that people who eat a diet low in vitamin C may have a greater risk of developing some kinds of arthritis. For those reasons, it is important to make vitamin C-rich foods — such as guava, bell peppers (yellow, red, orange, and green), oranges, grapefruits, strawberries, pineapple, broccoli, kidney beans, kiwi, and cauliflower — a part of your daily diet. (High-dose vitamin C supplements can actually be harmful for osteoarthritis sufferers, so talk to your doctor about what’s right for you.)

Anthocyanins are powerful antioxidants that help reduce inflammation by inhibiting production of certain inflammatory chemicals. These compounds contribute to the health of connective tissue, and are even more powerful than vitamin C for defusing dangerous free radicals that can irritate body tissues and cause inflammation. Some of the best foods for anthocyanins include cherries, berries (blackberries, blueberries, elderberries, raspberries, boysenberries, strawberries, etc.), black currents, eggplant, red and black grapes, and plums.

READ
Signs that you may have a thyroid disease

Like fruits and vegetables, spices contain beneficial phytonutrients that can have powerful effects on health. Certain spices seem to have anti–inflammatory effects, and therefore should be considered for arthritis treatment. Among the most promising are turmeric — the Asian mustard–yellow spice found in curry — and ginger. Because ginger contains chemicals that work similarly to some anti–inflammatory medications, the benefits of ginger for arthritis pain are not surprising. Get creative: grate fresh ginger into stir fries, steep ginger with tea, or bake healthy ginger muffins. 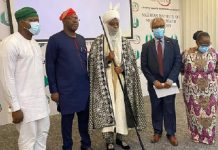