Soursop, a highly nutritious and medicinal fruit is an evergreen fruit that is found in tropical areas like the Americas, the Caribbean and some parts of Africa. Botanically called Annona muricata or graviola, it has a distinguished oval shape while the leaves are lanceolate in shape, with glossy and sparse curved spines appearance.

Other names for soursop include: custard apple, ebo or apekan in Yoruba, fasadarur or tuwon biri in Hausa, and sawansop in Ibo.

In a recent study conducted by Associate Professor, Mithun Pai, BH and his team members, from the Department of Public Health Dentistry, Manipal College of Dental Sciences, Manipal University, India, as published in the Journal of Clinical and Diagnostics Research, they found soursop extracts was efficient against oral microbiota and has sufficient anti-microbial and fungicidal property.

The research showed the in-vitro efficacy of soursop was highest against Streptococcus mutans, gram-positive coccus (round bacterium) commonly found in the human oral cavity and is a significant contributor to tooth decay, followed by Candida albicans, an opportunistic pathogenic yeast that is a common member of the human gut flora and can also survive outside the human body.

Additionally, other studies have suggested that the antioxidants present in the soursop can help treat eye disease. According to the National Eye Institute, the soursop plant contains vitamin C and E, zinc, and beta carotene—all of which can help reduce macular degeneration by 25 per cent.

Soursop (shawashop) contains annonacin, which is a neurotoxin that is classified as acetogenin. It is said that the presence of annonacin in soursop makes this fruit effective for reining the growth of cancer cells when compared with chemotherapy and Adriamycin. Although most research is currently limited to test-tube studies, some studies have found that soursop could potentially help eliminate cancer cells.

Annona muricata extracts is anti-viral in nature thus can be used for treating viral infections such as herpes. Genital herpes is a type of infection caused by the herpes simplex virus (HSV).

The presence of fructose in shawashop makes this fruit an excellent source of energy. Fructose is a monosaccharide (simple sugar) that acts as a building block of complex carbohydrates.

Soursop is an excellent source of vitamin C thus acts as a great antioxidant for promoting good health and slowing down the aging process.

The white pulp of the soursop fruit can be used for preparing smoothies, syrups, soft drinks, beverages, sherbets, candies, ice creams and juices. Soursop leaves can be used for tenderizing meat.

Soursop fruit and leaves can be used for treating gastrointestinal diseases such as stomach pains, diarrhea.

Caution on the consumption of soursop

Although, different studies have revealed soursop and its unlimited benefits to the human body, with the fruit juice as an excellent juice for tackling hematuria (blood in the urine), rheumatism, depression, urethritis (urinary tract infection), arthritis, kidney problems and liver disease, it may have adverse effects of some persons.

Pregnant women or breastfeeding mothers or patients under medications may be advised against soursop or its supplements, as the effects have not been studied, and they may come with adverse side effects.

It is generally advised that the seeds of soursop should be avoided as they contain high amounts of annonacin, a neurotoxin that has been linked to Parkinson’s disease and other neurological disorders. 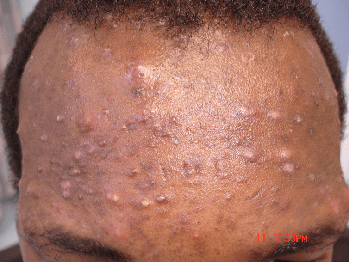 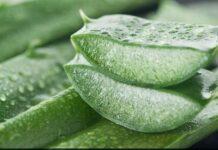 10 Reasons to Include Aloe Vera in your Diet