The Association of Community Pharmacists of Nigeria (ACPN) has lent its voice to the call on the federal government to appoint a pharmacist as the next director general of the National Agency for Food and Drug Administration and Control (NAFDAC) for greater efficiency.

ACPN national chairman, Dr Albert Kelong Alkali made this position known at a press briefing in preparation for the annual conference of the association, tagged: “Coal City 2016” which holds in Enugu, Enugu State from 29 May to 3 June 2016.

The ACPN boss expressed concern that recent happenings in the Nigerian pharmaceutical indicates that an important agency like NAFDAC needs to be more efficient.

According to him, challenges confronting the sector include the numerous illegal pharmaceutical premises and patient medicine stores scattered all over the country, as well as the increasing proliferation of fake and substandard pharmaceutical products, which is fuelled by the activities of open drug markets that are left to operate freely.

Alkali argued that even though he had nothing personal against the immediate past DG of NAFDAC, Dr Paul Orhii, his appointment had been in error, as someone like him could never provide the required leadership insight for the various teams of inspectors at NAFDAC since he was not trained in the area of drug and food administration.

Alkali said only a registered pharmacist and practitioner can demonstrate adequate knowledge of the various dimensions of pharmaceutical practice, noting that Dr Orhii, for example, was an expert in pharmacology which is only one of the eight specialty areas in the pharmacy profession.

“This logically cannot make anybody have a good knowledge of Pharmacy,” Alkali said. “And let me also point out that expertise in drug and food matters is also exclusive to a registered pharmacist by virtue of his training. This is why pharmacists, in tandem with global best practice, are described as experts in drugs.”

The ACPN helmsman said it is therefore apt to emphasise that in terms of the regulatory processes in a core regulatory agency like NAFDAC, only a pharmacist has a jurisdiction as a regulatory officer in all the core mandate areas of pharmacy, food and drugs.

Alkali also revealed ACPN’s stance on the operation and implementation of the National Health Insurance Scheme (NHIS), describing it as faulty and fraudulent.

“The National Health Insurance Scheme was established by the federal government to make health more affordable and accessible by the majority of Nigerians, but unfortunately the Nigeria factor has crept into the implementation of the laudable programme and made it difficult for the government to realise its laudable goals and objectives,” Alkali stated.

Bemoaning the mode of payment on the NHIS in particular, the ACPN boss lamented that the global capitation mode of payment (instead of the fee-for-service for secondary providers) has compromised the standard, efficiency and quality of services rendered by primary providers of the scheme.

Alkali also observed that pharmacists, physiotherapists, laboratory technicians and other relevant health care personnel have been sidelined in the operation of the NHIS.

“A situation where consultations, prescription, laboratory investigations, physiotherapy and dispensing of drugs are carried out by the same person is not in the best interest of the patient. It is unethical and exploitative; therefore, Nigerians who are enrollees of the NHIS should rise and ask questions on the functionality of the NHIS as we pharmacists, say no to global capitation,” Alkali said.

On the way forward for the scheme, Alkali urged the government to ensure that the enabling act of parliament setting up the NHIS is strictly followed so that Nigerians can benefit immensely from the scheme. 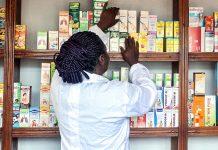