The Nutrition Society of Nigeria, says that adolescents in Nigeria are largely neglected and have not been prioritised for nutrition intervention.

The NSN President, Prof. Wasiu Afolabi, disclosed this in a statement made available to the News Agency of Nigeria in Lagos on Sunday.

According to Afolabi, the situation exists despite the adolescents constituting about 21 per cent or less than 41 million of Nigeria’s population and have increased nutrition requirements.

He also said that the state of adolescents in Nigeria is a source of concern due to the growing challenge of epidemic proportion with specific respect to physiological, psychological and social implications. 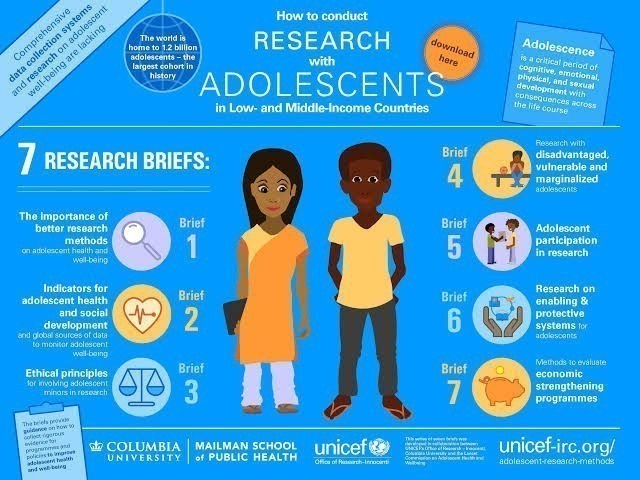 Afolabi said: “Adolescence is a transitional period between childhood and adulthood with specific physiological, psychological and social implications that have bearing on nutrition and health.

“The World Health Organisation defines adolescents as individuals in the 10-19 years age group while adolescence is a critical period in life and a window of opportunity for lifelong health and well-being.”

He said that the Nigerian Adolescent nutrition status is not quite different from most countries of the world.

“Malnutrition among adolescents is marked by undernutrition (stunting and thinness/underweight), over nutrition (overweight and obesity) and micronutrient deficiencies.

“These are notably, iron deficiency disorders which affect more than 60 per cent of Nigerian adolescent girls, aged 15-19 years (NPC and ICF, 2019),” he said.

Afolabi also stated that other available evidence showed that vitamin A, zinc and iodine deficiencies were public health problems among children less than 19 years in Nigeria and three other African countries, among others.

“Although the dearth of nationally representative data for adolescent nutrition status makes generalisation difficult, evidence from sparse researches showed that underweight/thinness ranged from 13.0-23.per cent (Southern part of Nigeria, 2012),” he said.

Afolabi said that the review of the trend from 2003 to 2013 showed a gradual increase among female adolescents 15-19 years of 18 per cent and 13 per cent of thinness/underweight and obesity respectively.

He said that this could be attributed to poor nutrition knowledge and diet quality, low dietary diversity, high consumption of junk food, and inadequate consumption of animal foods and a sedentary lifestyle.

He said that the trend was occasioned by the lack of recreational facilities, eroding school sports activities, and increasing screen time activities in this age group.

Afolabi said: “Added to the growing epidemic is teenage pregnancy with one out of every five (19.2 per cent) adolescents getting pregnant.

“The risk of malnutrition among such pregnant adolescents increases and so also the risk of morbidity, mortality and poor pregnancy outcomes (NPC and ICF, 2019).”

He also expressed NSN’s belief that addressing the nutrition needs of adolescents could be a window of opportunity for the improvement of their nutritional status and correcting their poor nutritional practices.

“Reverse growth faltering experienced during childhood: It is also an important step towards supporting their physical growth and preventing future health problems, breaking the vicious cycle of intergenerational malnutrition, chronic diseases and poverty.

“Furthermore, investment in advancing adolescent nutrition is critical to promote their health and development which has lifelong implications in order to secure them and their future families, communities and the nation at large.

“The NSN, therefore, calls for urgent actions by government and all stakeholders to bridge the identified policy and data gaps.

Afolabi urged the Nigerian government to enhance coordination and increase delivery platforms to reach adolescents with a minimum package of nutrition interventions, giving special consideration for the nutritional needs of pregnant adolescent mothers.

He called for more coordinated actions by development partners and non-governmental organisations towards implementing adolescent nutrition interventions capable of reducing the intergenerational cycle of malnutrition in Nigeria.

He said: “These interventions, which are cost-effective and evidence-based should include: Nutrition education in schools on healthy diets with emphasis on reduction in consumption the of sugar and sugar-sweetened beverages.

“The interventions should also include multiple micronutrient supplementation including Iron folate and deworming using health facilities, school and community-based platforms.”

Afolabi stated that social marketing activities by the private sector should be regulated to encourage healthy diets, behavioural and lifestyle intervention, including sporting activities, for overweight and obese adolescents.

“There is the need to provide access to safe environment and hygiene and improved access to reproductive health services.

“The special needs of pregnant adolescents should be considered, including food supplements with adequate energy and protein and Improved access to ante-natal care services,” Afolabi said.