Leading retail outlet, Alpha Pharmacy and Stores Limited, has opened a new branch in the Lekki Phase I area of Lagos with, a lavish ceremony.

The event, which was well attended by pharmacists, doctors and many residents of the host community, took place on 19 February.

Giving a brief exhortation at the occasion, Venerable Agara Adegoke Oludare, priest of Archbishop Vining Memorial Church cathedral, Ikeja, Lagos, congratulated the management of Alpha Pharmacy, describing the development as an enlargement of coast for the company.

“It is not every day you get to see this kind of elevation – a business expanding from Ikeja to Lekki,” he said.

READ
I Will Create a PSN That Works For All - Orumwense

“I was just coming from the investiture of PSN Fellows in Abuja. I could have gone straight home to rest but I know I cannot afford to miss this event after my earlier promise to attend. I recall running to Pharm Onyechi for help when I wanted to start Healthplus.

“I will never forget the counsel he gave. I am happy he chose a peculiar niche that deals with rare ethical products. I also believe that we have not seen his best days yet,” she noted.

Pharm Ogheneochuko Omaruaye, managing director of New Height Pharmaceuticals, equally expressed the same optimism when he announced that Alpha Pharmacy was living up to the expectation of what pharmacists in the country already know.

“Pharm Onyechi is helping to raise the standard and uphold the practice of pharmacy. He has always been a shining example. With the opening of this branch, I can categorically say that Lekki community is the major beneficiary,” he enthused.

Expressing gratitude, Alpha Pharmacy boss thanked the officiating priest who he said represented the cathedral bishop at the event. Onyechi also took out time to eulogise his professional colleagues around, as well as friends and associates who came all the way from Lagos and Abuja to grace the occasion.

“I want to equally appreciate Bukky George whose Healthplus still remains a pride to us (pharmacists). I enjoin all to trust the Lord with their hearts according to the scripture. He is the only one who heals diseases and forgives sins. We are only a His messengers!

“I earlier had a vision to open 100 outlets. That dream has so far given birth to five at the moment. It is not late though. I am glad to say today is one of my happiest day and the reason is obvious,” he remarked.

Alpha Pharmacy and Stores Limited was founded in 1985. From its humble beginnings as a small outlet on Allen Avenue, Ikeja, Lagos, the retail outfit has grown into a large community pharmacy store and a respected wholesaler/distributor of rare ethical products.

Presently, it has eight branches strategically located in the north (Abuja), east (Enugu), west (three branches in Lagos) and south (two branches in Port Harcourt) of Nigeria for ease of distribution to numerous customers.

To further facilitate its distribution system, Alpha Pharmacy currently has over 20 medical and sales representatives in major cities and states across the country. 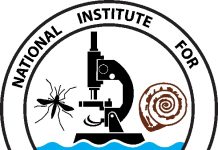 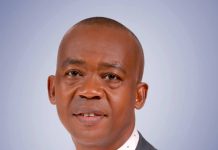 Hospitals Should be Compelled to Buy Locally Made Drugs – Onuegbu 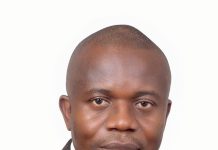