G-string is a type of underwear that offers minimal coverage, leaving a triangle of fabric in the back and string-like straps on the sides. While G-strings can be fun and comfortable to wear, they can also present certain risks when it comes to health and safety. This is because the fabric of a G-string can rub against the skin, which can cause irritation, chafing, and even skin infections.

In this article, we will specifically be exploring how wearing G-String affects blood circulation in the body.

The link between g-strings and low blood circulation

There are a number of reasons why women wear G-strings. Some do it for the sake of fashion, while others believe that it makes them feel sexier. However, what many women do not realise is that G-strings can have serious impacts on their health.

Underwear is not typically considered to be a subject of scientific inquiry. However, there is a growing body of research that suggests that the type of underwear a person wears can have an impact on his or her health. Particularly, there is evidence to suggest that wearing tight-fitting underwear, such as G-strings, can lead to low blood circulation.

READ
The Downside of Smoking Weed

The science behind this phenomenon is relatively simple, as experts have expressed concerns at different times on the usage of tight-fitting underwear. When an underwear is very tight on the skin, it puts pressure on the blood vessels in the genital area. This pressure can impede blood flow and lead to a condition known as vascular congestion.

Vascular congestion can cause a range of symptoms, including pain, swelling, and a loss of sensation in the affected area. In severe cases, it can even lead to tissue death.

A UK Gynaecologist, Dr Jane Mears, who is the lead for emergency gynaecology and early pregnancy clinic in North Bristol, has also confirmed the dangers of wearing g-strings in a scientific study published in the journal  Annals of Improbable Research. She says that the thong style of underwear can cause a condition called pelvic congestion syndrome.

Pelvic congestion syndrome is a condition that can cause pain and discomfort in the lower abdomen and pelvis. It is thought to be caused by the compression of the pelvic veins by the G-string, which can lead to low blood circulation.

Dr Jayne says that women who wear g-strings should be aware of the potential risks and seek medical advice if they experience any symptoms. She also advises against wearing them for extended periods of time, such as during pregnancy.

Given the potential risks associated with tight-fitting underwear, it is important to be aware of the impact it can have on your health. If you experience any symptoms of vascular congestion, such as pain or swelling in the genital area, it is important to seek medical attention. Additionally, you may want to reconsider wearing tight-fitting underwear on a regular basis, especially if you are at risk for developing vascular congestion.

How to choose the right underwear to avoid low blood circulation

READ
Top 10 tips of warm lemon juice you must know

Your underwear is the foundation of your outfit, so it is important to choose the right style and fit to avoid any wardrobe disasters.

There are a few things to consider when choosing the right underwear to avoid low blood circulation.

First, consider the material of the underwear: Cotton and other natural fibers are typically the best choices for avoiding circulation problems.

Second, make sure the underwear is not too tight: Constricting underwear can cut off circulation, so it is important to choose a style that is comfortable and not too tight.

Finally, listen to your body: If you are experiencing discomfort or pain in your legs or other areas, it is important to seek medical attention to determine if there is a circulation problem. 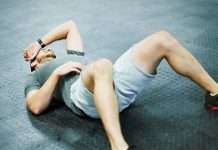