Going by the World Health Organisation (WHO)’s declaration that more than 80 per cent of the world’s population depend on traditional medicine for their primary health care needs, it is incumbent on the Federal Government of Nigeria to expedite action on the integration of natural medicine into the country’s health care delivery system.

This was the stance of botanists across the nation and beyond, who recently assembled at the Department of Botany, University of Lagos, Akoka, for their 23rd International Conference and Exhibition, organised by the Botanical Society of Nigeria (BOSON).

Presenting over 250 abstracts of their latest findings, the plant experts discussed the numerous benefits of medicinal plants over synthetic drugs, the remedial and economical roles of plants in food security and safety, the physiology and ecophysiology of plants, among other issues.

.     The herbal practitioners particularly lamented the unnecessary delay in the passage of the Traditional Medicine (TM) Bill which they said had created a window for all sorts of sharp practices in the profession, leading to the discrediting of genuine practitioners and disappearance of plants in the environment.

President of BOSON, Professor Augustine O. Isichei, traced apathy to herbal medicines to as far back as the colonial era, noting that modern health care givers should have had a change in orientation, as herbal remedies had been proven to be efficacious.

“Our colonial system, more or less stigmatised herbal medicine, as they condemned many of our natural products. In the same vein, many orthodox practitioners followed this same argument, thereby condemning our local medicines. What should have been done is to embrace it,” Isichei said.

He further underscored his argument by citing the example of one of the oldest medicines, Aspirin, which he said was derived from a plant called “Aspiria omeria”. He also cited “Erythroxylon coca” as the plant from which cocaine is derived, which has continued to serve as a powerful analgesic against excruciating pains.

The erudite professor of Botany therefore maintained that orthodox practitioners must seek to accommodate herbal practitioners, stressing that without developing and integrating the nation’s rich biodiversified resources into its health care system, the health sector would perpetually remain a consuming sector.

“Our medical schools and medicine experts should always remind our doctors that 25 per cent of our prescribed drugs are derived from plants and they have assumed prominence in medicine. And in many climes like India and China, the proportion is increasing. These plants are our heritage, as we have very many biodiversity, we also have many intangible benefits of plants, for instance, purification of streams, generation of oxygen, carbon sequestration, which protect us from climate change. So apart from plants as source of medicines, foods, we also have these eco system benefits”, he explained.

Addressing participants at the first plenary session titled, “The value of medicinal plants scaled by race and time”, Professor Adeyemi Egunyomi, said the crux of the lecture was to bring back the nation’s values on medicinal plants which were precious to the forefathers and proved more effective with less adverse effects, unlike synthetic drugs.

“However, the challenge this day is that these plants are disappearing around us, and the knowledge of indigenous plants is still with the local people,” Egunyomi said. “So it’s incumbent on government in Africa, especially in Nigeria, to find means of accessing the knowledge of indigenous people on medicinal plants, so that Nigeria which currently uses only 25 per cent of herbal medicines can enjoy more of these resources.”

The plant expert who admitted that BOSON could take baby steps in collaborating with other organisations towards bridging the gap in accessing indigenous knowledge of medicinal plants, however insisted that there must be a bigger driving force, to propel such vision, whether at the state level or federal level, due to the huge capital required.

Reacting to the widespread campaign which linked consumption of herbal medicines to increase in renal failure and other liver diseases, the professor said it was mere misinformation by advocates of pro-western medicines.

“I don’t take synthetic drugs unless it is completely unavoidable. We know the effects of such on the kidney. When medicinal plants are boiled, they are in diluted solution, and their effects may not be as devastating as being canvassed, they are relatively less in toxin than synthetic drugs. That is why people are going back to nature”, he argued. 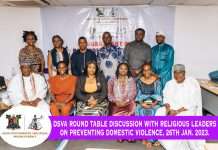